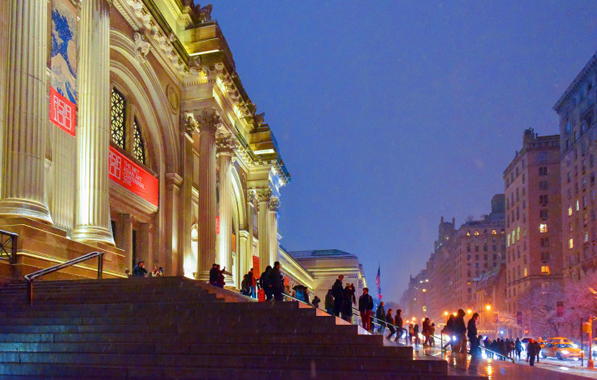 The bigger question regarding the Metropolitan Museum’s new admission policy is who should pay? Donors? The public?

Yesterday, after reading our interview with Metropolitan Museum of Art President and CEO Daniel H. Weiss, writer Felix Salmon took a long look at the numbers in the institution’s annual reports, all of which are available online, and he doesn’t think the admission numbers add up. Salmon wrote:

There hasn’t been a spike in visitation over the past 5 years; in fact it has risen more slowly than revenues. What’s more, those visitors aren’t paying less: admissions revenue was $6.11 per visitor in fiscal 2017, which is higher, not lower, than the $6.02 it was in fiscal 2012. So I don’t know where Weiss is getting his 71% figure, but at best it’s cherry-picked. (It’s not by including membership revenue: although that hasn’t risen as fast as admissions revenue, it too has risen over the past 5 years.)

So while it’s true that the Met has swung from a $153,000 profit in fiscal 2012 to a $10.1 million loss in fiscal 2017, it’s very hard to blame admissions revenue for that. Much more germane is the $63.5 million rise in annual expenses, including a $7.5 million spike in “financial, legal, and other administrative functions,” as well as $10.8 million in “restructuring charges,” which is a euphemism for layoff costs.

Salmon doesn’t see how admissions are the issue, and he believes the answer is an appeal to donors, pointing out that: “In the last year alone, the Met received $232.2 million in public and private donations.”

A big chunk of that money went towards the museum’s endowment, which Salmon points out has grown in the past five years (from $2.58 billion in fiscal year 2012 to $3.43 billion today). That certainly is a significant jump, and he even quotes the museum’s CFO in the 2016–17 annual report, who writes:

Pointing out that the museum’s endowment continues to grow, receiving over $100M a year in donations, he posed the question:

You’re already receiving over $100 million a year in gifts from big private donors, much if not most of which is going into a general endowment which can be used for anything you want. If you want to increase your revenues by $10 million a year, why not just take it out of that endowment?

While Salmon seems to believe the museum should adjust the endowment’s investment income to cover the admissions shortfall, his thinking diverges from Weiss’s thoughts on the issue.