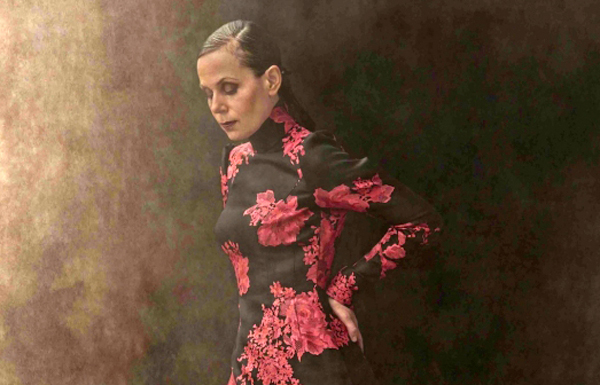 Jan Aman, David Bowie, the Nobel Prize, and Panic in Stockholm, Hyperallergic, 27 May 2018

The current drama around the Swedish Academy has reached Shakespearian proportions, and might even flip the way we look at contemporary culture.

STOCKHOLM — David Bowie once said, talking about Marcel Duchamp, ”Once something is categorized and accepted, it becomes part of the tyranny of the mainstream, and it loses its potency.”

It may seem strange to link Bowie’s quote to one of the most established cultural institutions in the world, The Swedish Academy, i.e. that secretive group in Stockholm charged with selecting the winner of the Nobel Prize in Literature. But in fact it does have a peculiar logic. The current drama around the Academy has, at least in Sweden, reached Shakespearian proportions and might even flip the way we look upon contemporary culture.

Academy members, who are appointed for life, are supposedly sworn to silence regarding every single word uttered within the Academy walls. As of this writing, the required 18 members are down to 10, and some of them have been making public statements about the Academy and fellow members just about every day — or at least that it what it feels like.

It is an understatement to say that the past months have been dramatic; they have in fact been outrageous, chaotic, and even, some would claim, disastrous — meaning that the Academy scandal has forever ruined Sweden’s reputation as a cultural lodestar. The drama has all the necessary ingredients: sex, abuse, power, money — and, of course, culture’s position in society.

I will leave aside the scandal itself, however; thousands of articles have already been written about it. Instead I want to look at the story from what would seem to be a pretty obvious angle: the point of view of art. With the Academy’s status as one of the world’s most prominent literary clubs, and with the key actors in the current drama being some of Sweden’s most prominent writers, this might just be a valid idea.

Perhaps the most salient thing to keep in mind is that the dispute did not begin as an Academy scandal per se. It started with sexual harassment allegations against the husband of an Academy member, Katarina Frostenson, from no less than 18 women. But it soon turned into a battle within the Academy, lending a high-brow touch to the kind of controversy that is usually tacky and Trumpian, lacking in the more sophisticated layers of culture.

So, maybe the Academy drama brings us back to a long-lost era, activating a temps perdu when art had to shock the bourgeoisie in order to give birth to the New. The sort of thing that happened in the 20thcentury, with Marcel Duchamp, Igor Stravinsky, Pablo Picasso, and — why not? — The Beatles.

The Swedish Academy is indeed grand, pompous, larger than life – founded by king Gustav III in 1786. It has selected the winner of the Nobel Prize in Literature since 1901. It seems that the rules and regulations of the Academy are still the ones Gustav wrote the year that it opened. As a consequence, the question has been out there for a long time: is it possible to maintain the quality of a storied institution and still update it to contemporary standards?

That is why, from an artistic point of view, the Academy scandal has, for me, turned into a battle between Friedrich Hölderlin and The Thin White Duke.

Here is the story:

Not many people noticed it, but right after Bob Dylan became the 2016 Nobel Prize laureate, the (until recently) Permanent Secretary of the Swedish Academy, Sara Danius, was asked her personal opinion on Dylan. She answered, almost en-passant, that she was more of a Bowie fan, thereby slipping us a key.

Bob Dylan had for ages been mentioned as a possible Nobel Prize winner. But Bowie — that was a different twist. What I realized then and there was that the spirit of David Bowie has hovered over the way she has been staging her job ever since she became the Permanent Secretary of the Swedish Academy.

When, in 2015, Danius made her debut in the job, she descended the staircase to the Nobel Dinner in the Blue Hall as if it were a truly historical world stage. She was wearing a gown designed by Pär Engsheden in close cooperation with Danius herself, a dress well beyond normal contemporary standards. .

Danius understood the grandeur of her position and acted accordingly — that she was actually representing the outmost international symbol of Swedish culture. She was not the Academy; the Academy was something larger than herself — and if she could handle the job, i.e. to maintain and update the standards of the Academy, she had to take as her starting point the magnitude of the situation.

She dressed herself in designer gowns not simply to make a splash at the Nobel dinner, but to fulfill her role as a cultural spearhead, someone to shake up musty attitudes. As a consequence, the dresses she wore to the Nobel dinners transformed the discussions of fashion, bringing them back to an earlier time when matters of style were treated as matters of content. In fact, the dresses she wore and her manner of being — based on equal parts humor and intelligence — generated a necessary distance from the Academy’s past and opened up a variety of potential futures.