You are here: Home » Articles filed under: 'News' » Article: 'The ‘notorious 8% stat’ response' 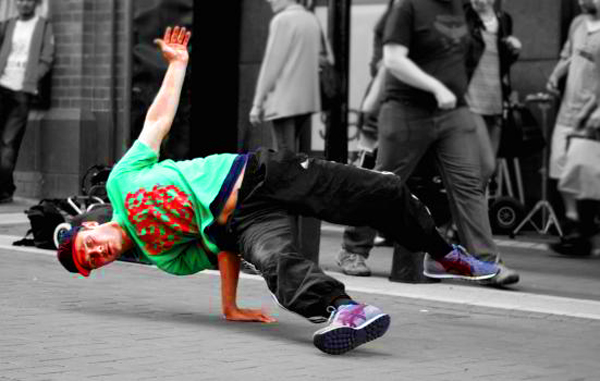 Only 8% of people regularly engage with publicly funded art, but every day people are creating their own versions of culture. Nick Wilson and Jonathan Gross report on research that makes the case for a new approach to cultural policy.

Towards Cultural Democracy, the report published by King’s College London, presents a new agenda for cultural policy and practice in the UK. The product of a 15-month enquiry carried out alongside the BBC’s Get Creative campaign, which itself was launched in response to the Warwick Commission, the report addresses the crisis in democratic legitimacy of cultural provision in the UK. It places the notion of cultural capability – the substantive freedom to make, transform and contest versions of culture – at the heart of cultural policy.

Only 8% of the population makes regular use of publicly funded cultural organisations, and this small minority is wealthy and white. For all the goodwill and effort of outreach and participation programmes, the notorious 8% statistic shows that years of access schemes have not worked. Public spending continues to support the cultural lives of only a tiny proportion of the UK population.

Moving beyond the deficit model

For the 70 years that the UK has had an arts council, the central aim has been to fund ‘great art’ and to increase participation in the organisations producing and presenting that great art. Within the logic of this approach, which its critics call the deficit model, the UK has many hard-to-reach groups and cultural cold spots. But recent research, Understanding everyday participation, shows big problems with the deficit model and the understanding of culture that underpins it.

Progressive cultural policy is in danger of falling between two stools. On the one hand, there is the blinkered continuation of the deficit model – placing the expansion of engagement with publicly funded organisations front and centre. On the other hand, by insisting on the need to recognise the cultural participation already going on elsewhere, there is the risk of overlooking the ways in which people have cultural potential but currently lack the opportunities to exercise and explore it.

What emerges clearly from our research is the need for a new focus within cultural policy: where the substantive freedom to make, transform and contest versions of culture takes centre stage and new contexts for supporting the cultural capability of all are facilitated.

So, how does our research lead to this conclusion?

Get Creative was originally launched as a year-long national campaign with the broad aim of making “our cultural landscape… more visible to the public, and to reconnect the public with culture at national and local levels”.

From June 2015 we worked closely with the consortium of nine organisations that led the project, interviewed Get Creative Champions around the country, circulated a questionnaire to all 1,080 champions, held focus groups with six What Next? chapters and conducted four mini-ethnographies (hanging out with the Old Vic Community Company, the music team at an evangelical church, Razed Roof Theatre Company, and a network of break dancers in east London).

Here is an example. Each evening skaters and break dancers make use of a big open space in the middle of Stratford Shopping Centre in east London. We began chatting with one of the dancers and found that he also dances in a number of other locations in the area. This led to a series of conversations with people he dances with in a church hall in Hackney, where groups of breakers meet each Tuesday night.

Several of this group first encountered break dancing at school through an instructor brought in to run lunchtime sessions. This instructor connected the students to dance sessions provided free of charge by the local authority at a nearby circus school, through which the young men then found themselves invited to informal training sessions elsewhere in the area. They had access to space, a friendly and supportive environment and informal mentoring from more experienced dancers.

Some now earn income through teaching break dancing in schools, prisons and at children’s birthday parties; and one member of the group spent several years dancing full-time, earning income not only from teaching but also performing as part of a professional troupe.

Examples such as this show people’s cultural lives often take place not only through highly visible organisations but through the connections between these organisations, local networks and informal spaces of many kinds.

Given that ten million people take part in voluntary arts groups each week, and the proliferating opportunities offered by digital technologies, it is clear we are only beginning to scratch the surface of the cultural creativity happening across the UK. At the same time, our research makes clear how important supportive conditions are for cultural creativity, and that these conditions extend far beyond the presence of arts organisations alone.

What if the shopping centre stopped letting people dance there in the evenings? What if the school didn’t invite an instructor? What if Newham Council hadn’t provided free workshops? What if the church in Hackney increased its rates? The freedom of these young men to make a version of culture – to develop their break dancing and their itinerant creative community – is a social freedom.They actively choose to make this version of culture, but their ability to make this choice is dependent on having access to information, space, expertise and networks.

Examples such as this network of dancers show that cultural policy has the potential to move beyond a ‘supply side’ model. Continuing to provide investment via Arts Council England’s National Portfolio and Grants for the Arts is crucial. Publicly supported organisations play a vital role in helping the UK’s cultural ecology to flourish.

But by engaging in a deep and sustained way with how the large majority of people actually go about their cultural lives (not, principally, by attending publicly funded organisations), policy makers, funders and practitioners could go much further in supporting and co-creating the kinds of access to information, space, expertise and networks that increase everyone’s freedom to make and shape our cultural lives. This approach has the potential to nourish the UK’s cultural ecology in ways that are more equitable, more empowering and, ultimately, more creative.

Our research therefore raises an urgent question: What if cultural policy makers and cultural organisations began to think strategically about ensuring the cultural capability of all – not only opportunities to participate in great art, but the substantive freedom to make, transform and contest versions of culture?

Such an approach would provide a progressive path beyond the deficit model, in which cultural policy not only invests in great art and audience development but in the conditions which enable everyone to make versions of culture. This is cultural democracy. The possibility of cultural democracy has been of interest to people working in the tradition of community arts since at least the 1960s. Now is the time to bring this approach to the heart of cultural policy in the UK.

Our next step is to bring together a broad range of views to consider our proposal and how it might be achieved. We are keen to involve as many voices as possible in a conversation about the possibilities for cultural democracy in the UK.

Nick Wilson and Jonathan Gross are researchers at the Department of Culture, Media & the Creative Industries, King’s College London. www.kcl.ac.uk/cultural

To be involved in this work in the future, please contact Jonathan Gross on jonathan.gross@kcl.ac.uk.