You are here: Home » Articles filed under: 'News' » Article: 'The peril of modern democracy:'

The peril of modern democracy:

February 13th, 2020 | Browse other: News. | Tagged with: short-term thinking in a long-term world, The Peril of modern democracy | 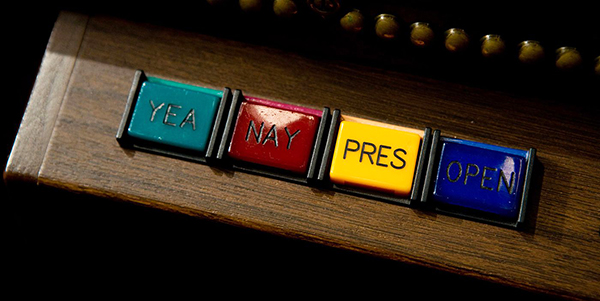 Spend some time around the policy community in Washington DC, and it becomes quickly apparent just how much energy, dynamism, good intent and innovative ideas flow around the city. Thinkers in and out of government, on both sides of the political divide, and often working collegially across it, see the challenges and opportunities that lie ahead of the United States, its allies and partners and the world at large. And they are earnestly working on solutions. These are smart people at the top of their game, generating principles and policy actions worth taking further.

It also becomes quickly apparent just how little bandwidth there is for putting these ideas into action. Those few leaders with the power to turn initiative into reality are distracted by the relentless day-to-day churn of modern politics and government, by the starker partisan and political pressures that exist for them, and by finite resources. What might seem a policy priority may not be a political one.

This is not unique to Washington and the United States. Democracy has many advantages, but its pitfalls include a tendency toward short-term return over longer-term interests, being reactive rather than proactive, and being geared towards internal competition rather than cooperation. In 1919, British historian Halford Mackinder said democracies refuse “to think strategically unless and until compelled to do so for purposes of defence.”1 Democracy today faces pressures that make it, if anything, even less prone to think strategically than in Mackinder’s time.

This is arguably the key problem facing liberal democracies. It is a bad time to not be thinking strategically. Australia, the United States and their like-minded partners confront a global environment that is unusually crowded and complicated by historic standards, with a number of profound technological, political and environmental shifts underway all at once. Not only is the current modus operandi of the leading democracies leaving their citizens exposed to significant strategic risk, but it is also undermining faith in democracy itself.

The tragedy is that it did not have to be like this. Australia, the United States and other liberal democracies are in this predicament largely due to a lack of will, not deficiencies in resources, talent, awareness or ideas. Point to any of the tectonic shifts underway — such as climate change or the rise of authoritarianism — and it is possible to imagine how capable and determined democracies could have mitigated them earlier. Now, effective action will be more expensive and more uncomfortable than it needed to be and success harder to achieve.

Thinking through how democracies can act more strategically is essential for Australia and the United States to address these challenges. The problem is creating political space for a more strategic approach that is sympathetic to the unique pressures and incentives of democratic government, building a constituency for strategic thinking and action and taking some of the pressure off a beleaguered political system.