You are here: Home » Articles filed under: 'News' » Article: 'The power of silence'

The power of silence 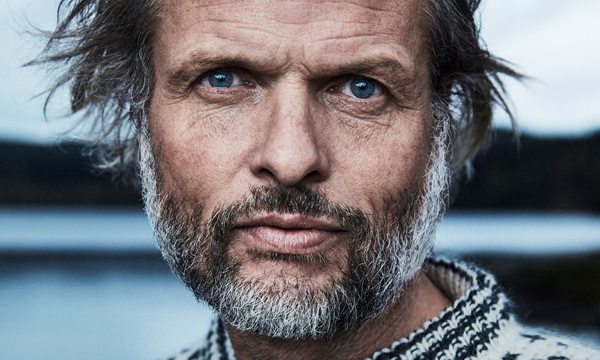 ‘My children wonder less and less; if they still wonder at anything, they pull out their smartphones to find the answer’ … Erling Kagge, author of Silence in the Age of Noise. Photograph: Simon Skreddernes.

Erling Kagge, The power of silence in the smartphone age, The Guardian, 23 September 2017

In our always-on digital era it’s all too easy to disconnect ourselves from peace and quiet, and the inner wealth it can bring.

Whenever I am unable to walk, climb or sail away from the world, I have learned to shut it out.

Learning this took time. Only when I understood that I had a primal need for silence was I able to begin my search for it – and there, deep beneath a cacophony of traffic noise and thoughts, music and machinery, iPhones and snow ploughs, it lay in wait for me. Silence.

Not long ago, I tried convincing my three daughters that the world’s secrets are hidden inside silence. We were sitting around the kitchen table eating Sunday dinner. Nowadays, it is a rare occurrence for us to eat a meal together; so much is going on all the other days of the week. Sunday dinners have become the one time when we all remain seated and talk, face to face.

The girls looked at me sceptically. Surely silence is … nothing? Even before I was able to explain the way in which silence can be a friend, and a luxury more valuable than any of the Louis Vuitton bags they so covet, their minds had been made up: silence is fine to have on hand when you’re feeling sad. Beyond that, it’s useless.

Sitting there at the dinner table, I suddenly remembered their curiosity as children. How they would wonder about what might be hiding behind a door. Their amazement as they stared at a light switch and asked me to “open the light”.

Wonder is the very engine of life. But my children are 13, 16 and 19 and wonder less and less; if they still wonder at anything, they quickly pull out their smartphones to find the answer.

They are still curious, but their faces are not as childish, more adult, and their heads are now filled with more ambitions than questions. None of them had any interest in discussing the subject of silence, so, to invoke it, I told them about two friends of mine who had decided to climb Mount Everest.

Early one morning they left base camp to climb the south-west wall of the mountain. It was going well. Both reached the summit, but then came the storm. They soon realised they would not make it down alive. The first got hold of his pregnant wife via satellite phone. Together they decided on the name of the child that she was carrying. Then he quietly passed away just below the summit. My other friend was not able to contact anyone before he died. No one knows exactly what happened on the mountain in those hours. Thanks to the dry, cool climate 8km above sea level, they have both been freeze-dried.

They lie there in silence, looking no different, more or less, to the way they were the last time I saw them, 22 years ago.

For once there was silence around the table. One of our mobile phones pinged with an incoming message, but none of us thought to check our phones just then. Instead, we filled the silence with ourselves.

Not long after, I was invited to give a lecture at St Andrews University in Scotland. I was to choose the subject myself. I tended to talk about extreme journeys to the ends of the Earth, but this time my thoughts turned homewards, to that Sunday supper with my family. So I settled on the topic of silence.

I prepared myself well but was, as I often am, nervous beforehand. What if scattered thoughts about silence belonged only in the realm of Sunday dinners, and not in student forums? It was not that I expected to be booed for the 18 minutes of my lecture, but I wanted the students to be interested in the subject I held so close to my heart.

I began the lecture with a minute of silence. You could have heard a pin drop. It was stock-still. For the next 17 minutes, I spoke about the silence around us, but I also talked about something that is even more important to me: the silence within us.

The students remained quiet. Listening. It seemed as though they had been missing silence.

That same evening, I went to a pub with a few of them. Inside the draughty entrance, each of us with a pint of beer, it was all more or less exactly the same as my student days. Kind, curious people, a humming atmosphere, interesting conversations.

“What is silence? Where is it? Why is it more important now than ever?” were three questions they wanted answered.

That evening meant a lot to me, and not only for the good company. Thanks to the students, I realised how little I understood. Back home I couldn’t stop thinking about those three questions. They became an obsession.

What is silence? Where is it? Why is it more important now than ever?

Silence is about rediscovering, through pausing, the things that bring us joy.

My children hardly pause any more. They are always accessible, and almost always busy. “Everyone is the other, and no one is himself,” wrote the German philosopher Martin Heidegger. The three of them tend to sit in front of a screen – whether alone or together with others. I do it too. Become engulfed in my smartphone, enslave myself to my own tablet – as a consumer and at times as a producer. I am constantly interrupted, interruptions engendered by other interruptions. I rummage around in a world that has little to do with me. Attempt to be effective until I realise I won’t get any further regardless of how effective I’ve become. It feels like trying to find your way through fog on a mountain, without a compass at hand, and ending up walking around in circles. The goal is to be busy and effective, nothing else.

It is easy to assume that the essence of technology is technology itself, but that is wrong. The essence is you and me. It’s about how we are altered by the technology we employ, what we hope to learn, our relationship with nature, those we love, the time we spend, the energy that is consumed, and how much freedom we relinquish to technology. Yes, it’s true what many say, that distances are eclipsed by technology, but that is a banal fact. The central issue is rather, as Heidegger pointed out, that: “nearness remains outstanding”. To achieve nearness, we must, according to Heidegger, relate to the truth, not to technology. Having tried my hand at internet dating, I am inclined to agree with Heidegger.

We are going to give up our own freedom in our eagerness to use new technology, Heidegger claimed

(Of course, Heidegger could not have predicted the possibilities offered by current technology. He was thinking about cars of 50 horsepower, film projectors and punch-card machines, which were all the rage. But he had an inkling of what might come.)

We are going to give up our own freedom in our eagerness to use new technology, Heidegger claimed. To shift from being free people to becoming resources. The thought is even more fitting now than when he first expressed it. We will not become a resource for one another, unfortunately, but for something less appealing. A resource for organisations such as Apple, Facebook, Instagram, Google, Snapchat and governments who are trying to map us all out, with our voluntary assistance, to use or sell the information. It smacks of exploitation.

The question that Humpty Dumpty poses to Alice remains: “Which is to be master – that’s all.” You, or someone you don’t know?

Humans are social creatures. Being accessible can be a good thing. We are unable to function alone. Yet it’s important to be able to turn off your phone, sit down, not say anything, shut your eyes, breathe deeply a couple of times and attempt to think about something other than what you are normally thinking about.

The alternative is to not think anything at all. You may call this meditation, yoga, mindfulness or merely common sense. It can be good. I take pleasure in meditating and practising yoga. I’ve also taken up the cousin to this practice – hypnosis – and hypnotised myself for 20 minutes to disconnect. That also works well. I lie there hovering a couple of centimetres above my bed each afternoon.

I find myself thinking about how silence can be experienced without the use of techniques. The threshold for finding silence and balance can in fact be lowered. You don’t need a course in silence or relaxation to be able simply to pause. Silence can be anywhere, any time – it’s just in front of your nose. I create it for myself as I walk up the stairs, prepare food or merely focus on my breathing. Sure, we are all part of the same world, but the potential wealth of being an island for yourself is something you carry around with you all the time.