April 20th, 2018 | Browse other: News. | Tagged with: battle to save the Powerhouse, Powerhouse Museum | 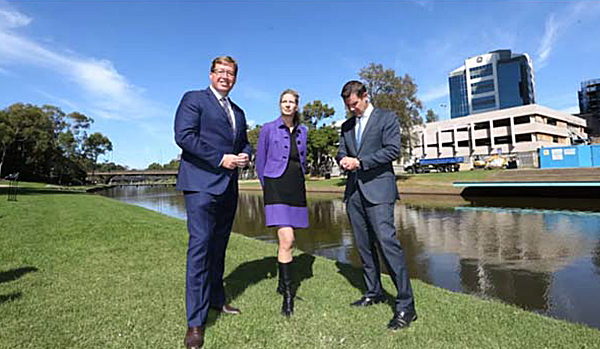 Linda Morris, Frantic battle under way to save the Powerhouse, The Sydney Morning Herald, 9 April 2018

Frenzied last-minute lobbying is under way to save the Powerhouse Museum at Ultimo as the NSW cabinet is poised to ratify plans to build a dedicated science and innovation museum in Parramatta.

Three years after the former premier Mike Baird announced plans to move the Museum of Applied Arts and Sciences’ inner-city site to Parramatta, opposition and government MPs have received personal pleas for intervention from museum supporters, while Labor’s Luke Foley is under sustained pressure from within to recant the party’s support for Ultimo’s closure.

Government options for the site include a staged decommissioing starting with the emptying of the Powerhouse’s two permanent galleries, the Turbine and Boiler Halls, and refitting them as new cultural or performance spaces.

The MAAS executive team is preparing to implement a ”change management strategy” at the Ultimo site as soon as the state government announces the Powerhouse’s fate.

Director Dolla Merrillees is expected to preside over the transition arrangements, with a spill of positions and staff to be placed on temporary contracts. The Public Service Association is fearful of job losses.

The museum’s planned shutdown has been declared an act of cultural vandalism by the upper house parliamentary inquiry that is investigating the original Baird decision, and a ”wilful demolition of a world-class museum” by former museum trustee and consultant curator Kylie Winkworth.

Members of the Powerhouse Museum Alliance have rushed out letters to all MPs, including Mr Foley, who announced last week he was reviewing Labor’s support for the museum’s relocation to Parramatta.

”It would be bitter indeed if Labor in government inherits the demolition of one of its signature cultural achievements,” Winkworth wrote, ”to build a cut-down version of the museum in Parramatta, on a site which is not just at risk of flood, but whose themes and content bear no relation to Parramatta’s stated cultural priorities or notable cultural opportunities.”

“Rather than creating a world-class cultural institution in western Sydney, the Powerhouse Museum move has turned into a feast for greedy property developers wanting to get their hands on the land and airspace in Ultimo. The Berejiklian government has the wrong priorities.”

David Borger Western Sydney director of the Sydney Business Chamber, said opponents seemed to think the Powerhouse collection was rooted in the local Pyrmont Ultimo neighbourhood. ”It is a universal collection,  it is not a local studies library or a plaything for the inner west community.

”If you open the collection page you are presented with objects from around Australia and the world. What do Egyptian revival settees, telescopes from London, Burkinis, or bits of the international space station have to do with Pyrmont Ultimo?”

If a refit of the two exhibition halls went ahead it would present a range of problems for custodians of the 500,000-plus culturally critical objects contained within the museum’s collection, one of the largest in Australia.

The Mars Lab, transport exhibits and any other large interactives and objects would be locked away in the museum’s Switch House building. The Harwood Building, the main conservation storage facility next door to the Powerhouse is itself slated for commercial redevelopment. Smaller items would need to be rehoused at the Castle Hill Discovery Centre.

The western side of the museum, where the University of Technology Sydney has a remaining two-year lease on the lecture theatres and the Touring Hall, needs to be left open for the time being.

It is unclear what plans have been finalised for the priceless Boulton & Watt steam engine and the locomotive that hauled Sydney’s first passenger train,  jewels in the crown of the Powerhouse Museum’s collection.

General secretary of the Public Service Association, Stewart Little said a national icon like the Powerhouse Museum should never be treated so shabbily.

“Staff have been left completely demoralised by the shambolic way the state government has approached this issue from day one,” he said. “I know Powerhouse staff are now feeling shattered at the idea the collection they work so hard to preserve, and present to the public, could be at risk.

“The passionate and dedicated custodians of so much history deserve far better than the treatment they have received from this government.”

Collecting staff comprising registrars, conservators and curators have been instructed to continue all research, documentation and exhibition preparation for all shows scheduled this year including the Akira Isogawa show.