You are here: Home » Articles filed under: 'News' » Article: 'The price of fun: What the numbers say'

The price of fun: What the numbers say

March 14th, 2019 | Browse other: News. | Tagged with: comparison of price data across entertainment categories, how much does it cost to have a good day out? | 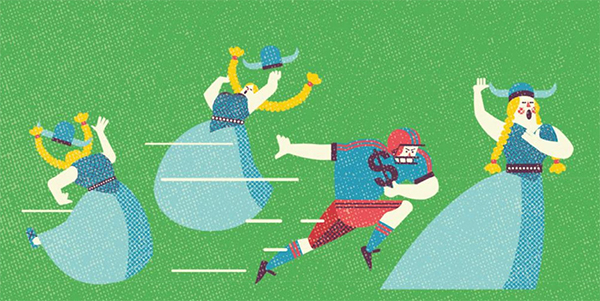 James Tozer, The price of fun – how much does it cost to have a good day out?, The Economist/1843 Magazine, February/March 2019

If the best things in life are supposed to be free, the best days out rarely are. A trip to the “happiest place on Earth” (or Disneyland’s resort in California, as the grown-ups who have to fork out usually call it) will cost a family of four about $500 (£390) in tickets. And that’s before you’ve shelled out for hot dogs and sugary delights, snapshots of your loved ones riding a flying Dumbo, and a hotel with fairy-tale turrets. Don’t expect those thrills to get any cheaper, either. The entry fee to Disney’s American theme parks has risen by nearly 40% in the last decade – even after adjusting for inflation – and has quadrupled since the 1970s.

The cost of other fancy spectacles has also soared. In America, which has the best historical data for such events, tickets to Broadway musicals have gone up by more than a third since 2008. (Some of that increase has been caused by the popularity of “Hamilton”, a hip-hop history of the Founding Fathers, which at $270 a pop is more than twice as expensive as a typical show.) Real average prices for tickets to the theatre, pop concerts and American football games have surged by 15-30% in the same period. Even cinemas are charging more, despite the vast libraries of movies and TV that we can stream at home.

A comparison of price data across entertainment categories throws up a few surprises. Those who claim that a night at the opera is only for the elite should know that attending a top-of-the-range gig is nearly as pricey: an average opera ticket in London costs £81 ($103), compared with a global average of $96 for the 50 most-lucrative music tours. And the Royal Opera House in London boasts that 30% of its seats go for £35 or under – but good luck finding that sort of deal for Bruce Springsteen or Jennifer Lopez.

The priciest pastime is to be a sports fan, given the regularity of the events. The cheapest season ticket to Liverpool Football Club costs £685 – for residents of the local area, that’s nearly 10% of their disposable income. Merchandise, away tickets and trips to Europe can easily take that figure to 30%.

The price of fun is far higher in America than elsewhere. Whether you want to watch a show, visit a tourist attraction or ride a rollercoaster, in America many forms of entertainment cost twice as much as they do in Europe and Asia. Some of that discrepancy reflects a lack of government subsidies in America. Exuberant fandom plays a large part too. Tickets to the Super Bowl go for upwards of $5,000 each – an eye-watering fee for an evening that could end in tears.