You are here: Home » Articles filed under: 'News' » Article: 'The secret lives of color'

The secret lives of color 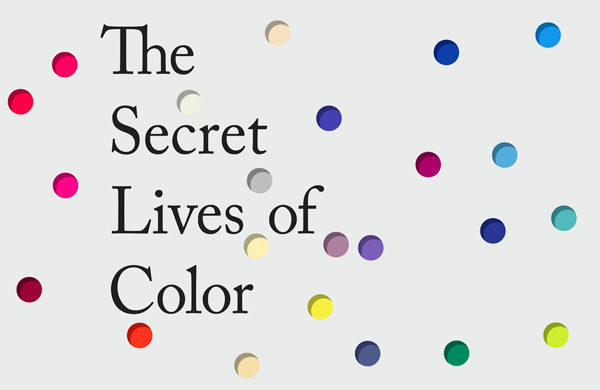 Claire Voon, The Curious Histories of Colors, from Beige to Heliotrope, Hyperallergic, 7 November 2017

These stories about the origins of hues makes for a colorful read.

Which pigment led to the discovery of a 20th-century art forger? Which color was made from ground-up human bodies?

In a riveting new book, freelance design journalist Kassia St. Clair shares the vivid origins and histories of 75 colors, from seductive vermilion to the malodorous Indian yellow. The Secret Lives of Color, published by Penguin Random House, takes you on a whirlwind journey through the visible color spectrum — beginning with white and ending with pitch black — that is replete with anecdotes certain to make you an expert in color trivia. The answers to the above questions, if you were wondering, are, respectively, cobalt, used by forger Han van Meegeren as a synthetic substitute for ultramarine, in his fake Vermeers; and mummy, a rich brown pigment made from crushed remains of — you guessed it — Egyptian mummies.

Presenting a truly exhaustive history of colors might be impossible. Instead, St. Clair presents bite-sized profiles of colors packed with some of the most curious stories across art, science, fashion, politics, and more. The book is organized by broad color families, broken down into shades, each of which she devotes two to four pages to dissecting. A number of these are obscure, such as gamboge — a bright yellow used by artists in Asia for centuries — or heliotrope — a purple named for the blossoms of a plant with a cherry pie-scent.

As St. Clair writes in an introduction, “What I have tried to do is provide something between a potted history and a character sketch for the 75 shades that have intrigued me the most.” Aside from these mini profiles, she has also penned six short essays on topics such as the science behind color perception, the evolution of artists’ palettes, and Western culture’s distaste for color. St. Clair has long been captivated by color and has spent years studying their lives; The Secret Lives of Color grew out of a monthly color column she has written for ELLE Decoration since 2013.

The 320-page book is diligently researched (made evident through a lengthy bibliography and list of further reading), and while some artists, historians, or color connoisseurs may be familiar with some of its tales, other ones will certainly surprise.

St. Clair researches the diverse meaning of colors across cultures and centuries, highlighting the significance of celadon in Chinese art, of obsidian in Native American rituals, and of madder red to the ancient Egyptians. She shares vivid stories about the socialite who introduced shocking pink to the world, the first person named a “dumb blonde,” and the merchant who figured out how to create archil from lichens. For most colors, she also explains the typically labor-intensive processes required to produce them.

We also learn about colors beyond their physical appearance. St. Clair examines the etymologies of many names: buff, for instance, comes from “buffalo;” sepia, from sepia officinalis, or the common cuttlefish, which produces ink that can be neutralized and converted into artistic medium. She also considers how color has seeped into the English language, through terms such as “whitewash” and “yellow journalism.”

Whatever your opinion of a shade, The Secret Lives of Colors provides some illuminating perspectives on it. Even beige, which St. Clair herself declares is “boring,” has a fascinating anecdote. As astronomers from John Hopkins University determined in 2002, beige is actually the average color of our universe — although, they, too, thought that beige fails to excite people, and eventually came up with a jazzier sounding name: cosmic latte.

The Secret Lives of Color is available through Penguin Random House.