You are here: Home » Articles filed under: 'News' » Article: 'The Theory of Objects'

The Theory of Objects 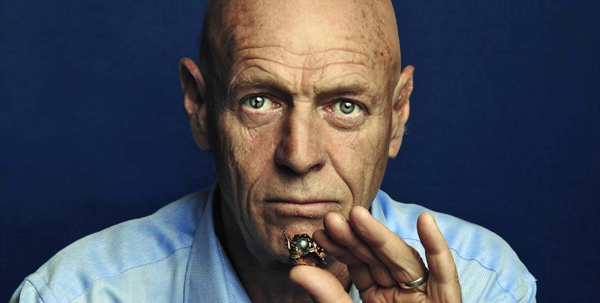 A bent army badge, a worn pair of gloves … When the call went out to readers for stories about their treasured family possessions, they didn’t disappoint.

He calls it the Whatnot. He capitalises the “W” in his letter whenever he ­mentions the Whatnot and I know immediately the Whatnot is not what it seems. “In my study sits ‘the ­Whatnot’,” writes Rob Benson, a 68-year-old retired GP from Moonee Ponds, Melbourne. “A massive — and massively heavy — object. Three long shelves on which ‘things’ can be displayed. No one else in the family wanted it. It came to me, and for years I’ve teetered on the brink of selling it. But something stopped me.”

This curious object-saved-from-the-brink-of-destruction notion is a thread running through many letters The Weekend Australian ­Magazine received after we put out a call on our summer podcast and print crossover series, The Theory of Objects, for submissions from readers and listeners about the precious and unheralded objects in their lives. We set up an email for these submissions — objects@theaustralian.com.au — and the floodgates opened. Objects and stories from all corners of the country: war stories, family stories, love stories, sad stories, inspiring stories, all penned by our dear readers and listeners, a loyal and deeply appreciated audience that is, quite plainly, the most informed and highly evolved ­collective of inquiring minds in the country.

“Finally, I am permitted to say, loudly and proudly, I love old things,” Rob writes in the spirit of the podcast’s mission statement, a celebration of those beloved objects that everybody keeps telling us to throw away. “I can live guilt-free with clutter. I no longer have to throw out old treasures. Like the collection of walking sticks [topped] with my grandfather’s grandfather’s briar. Or the volume of letters written by him in the 1850s. These objects have a history to be wondered at. He held that briar, and the pen that wrote those letters.”

This is why Rob Benson turned a piece of unwanted furniture into the Whatnot. The Whatnot is a treasured object built for the treasuring of objects. The Whatnot holds a collection of containers that themselves hold precious objects he keeps for his four grandchildren, all under the age of four. “Recently, my containers seem to have taken on a life of their own,” he writes. “They have become useful. It almost seems miraculous. In fact, each container holds a miracle. A ‘little miracle’.” Some 20 little objects that, were they not housed in containers and placed reverentially in the Whatnot, his beloved grandchildren might label with the vilest word ever spoken: “boring”.

“I have cotton and copper and cork,” Rob writes of the deceptively simple contents of his containers. “I have seeds and silk, salt and shells and a stone flute, so I can talk to my grandchildren about sound and music. I have feathers and rubber and glass. I will talk about art and eels, insects and inventions; wood, water and writing. One container is empty. But not completely. It contains ‘air’. I want to tell the children about everything.

“All the containers can happily stay there, ­waiting for the searching hands of one or other grandchild. The containers can gather and grow there. No longer ‘junk’. Each container holding its secret and each secret telling its story, and often linking to other containers and their ­stories. This is the plan. Only one container at a time can be opened. Only one a day. When the contents lie in a hand, I will tell the child that holds it all about whatever they’re holding. In preparation I’ve been scouring the net. Searching for the history and ­science of each ‘miracle’. Giving each miracle weight and substance. And meaning.” Object plus story equals meaning. This is the idea behind our lofty Theory of Objects series.

“As I’ve done this, I’ve come to realise just how diverse and extraordinary this world of ours is,” Rob continues. “That’s what I want to share with the little ones. I want to open their eyes to the wonder of life.”

Wonder: that is another notion threaded througheach letter we received. “Dear Sir or Madam,” writes Robert Spiers of Brisbane. “Please see enclosed a photograph. Following is an excerpt of a letter from Cpl W J Spiers to his mother, ­published in The Northern Herald, 25/2/1916, in a section of the paper called ‘The Soldiers’ Postbag’.”

Mum, I am sending you a parcel (memento of ­Gallipoli) by this same post. You will get a surprise when you see it. It is a rising sun badge (which I was wearing on the right collar of my coat) with a ­shrapnel pellet embedded in it. That happened to me on the day of the landing — 25th April. I never mentioned it to you before because I thought you would get worried. I intended keeping it or giving it to someone I knew going back to Australia, but they all advised me to register it and send it home.

It happened just like this. While our company (about 240 men) were being towed ashore in a barge a shrapnel shell burst above and in front of our barge. One of the pellets got me on the badge and stuck there, just as it is now, while another pellet killed a chap hitting him on the head. We were the only two hit, although the Turks shelled us constantly. The badge no doubt saved my life because when I showed it to Dr Kay (he was our medical officer in New Guinea) he examined my neck and he said that the pellet would have passed through the jugular vein.

The object in the photograph Robert Spiers from Brisbane enclosed with his letter is so extraordinary — a Gallipoli pellet hugged by the life-saving protective shell of Corporal William Spiers’ rising sun badge — that I phone him ­immediately and ­gently ask if he is staging some elaborate hoax. “I get that a lot,” he laughs. “It’s an amazing thing.”

Robert says Corporal Spiers — “Uncle Bill” — wanted the miracle badge to go to his sister, Agnes. “They hailed from Irvinebank, North Queensland, west of Cairns in the Atherton Tablelands,” he says. “The badge was given to Agnes, who ­cherished it and kept it in her jewellery box at home.”

After the war, William Spiers returned to a hero’s welcome in Irvinebank. “When Aggie’s home was burgled a short time after the war, she was devastated to find her jewellery box was taken, with the badge inside. She shared her grief with all she met for a few days, and then began to live with it. A month later, one of her neighbours, who had been to ­far-off ­Brisbane on a trip, came to visit her. Over a cup of tea, the neighbour told Aggie that one day, ­walking down one of the busy streets of the city, she stopped and was idly looking in a pawn­broker’s window ‘and saw something I thought you might like’. She held out the rising sun badge, its edges wrapped around the lead ball.

“It has been in our family ever since, and is our most prized possession,” Robert says. “I keep it in a safe at home. I want to put it on the wall but I worry about it getting robbed.”