You are here: Home » Articles filed under: 'News' » Article: 'The US, the Pandemic and the Arts:'

The US, the Pandemic and the Arts:

Joe Horowitz, The Pandemic and the Arts: A “Climate of Fear” and “Radical Upheaval”, Arts Journal, 7 December 2020

The current American Scholar includes my 8,000-word essay on the impact of the pandemic on the arts in the US. It seems to me a terribly important topic — please find time to read the whole thing. 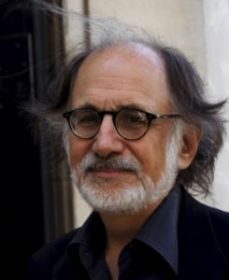 I begin by contrasting the European rush to “rescue our cultural institutions” to an eerie American silence. I write: “Why is no one in Congress or the White House talking about protecting vital cultural interests, echoing discussions abroad? For three centuries, Americans regarded Europeans as cultural parents; we would emulate, learn, and grow. Where does that relationship stand today? Are we still growing up? Reverting to infancy? Opting out?”

I note that the pandemic, which has already devastated employment in the arts, also exacerbates a new, ongoing crisis within the arts sector, arising from the propulsion of social justice priorities:

“Its most vivid public manifestation, as of this writing, is ‘We See You, White American Theater,’ a coalition whose twenty-nine-page manifesto, released last July, was signed by 300 artists, and then thousands more online. ‘We See You’ calls more than half of Broadway’s theaters to be renamed after artists of color, for term limits for theater leaders, for more than half the actors, writers, directors, and designers employed by theaters to be persons of color ‘for the foreseeable future.’

“No one disputes the urgent need for redress. But this new, peremptory tone has instilled a climate of fear unknown in the arts since the Red Scare of the 1950s. An actress in a prominent company says: ‘We are performing plays right now that would never have even been considered before – badly written, poorly conceived. And if you speak up, you’re denounced and shunned – within the company.’

“A leading figure in a prominent political-theater company says, ‘We are in a moment of radical upheaval, of destabilization, of internal warfare and re-alignment, accelerated by the stress of the pandemic. We all know we can’t go back to the way things were. But that doesn’t mean we should burn everything down.’ . . .

“The issue becomes one of means. In classical music, new priorities have impelled a disorganized scramble to perform works by Black composers. . . . An informed effort to curate the entirety of American symphonic music, prioritizing ‘Black classical music,’ is here an overdue antidote.”

(I have pondered why classical music in the US “stayed white” in a previous American Scholar essay.)

Another “pre-existing condition,” afflicting orchestras, is “a labor-management schism between musicians and administrators that impedes new roles orchestras could explore to expand their civic footprint.” . . .

“The strategic response, to date, has too often been reductionist: diminishing the percentage of white faces on stage, in the office, and in the audience more attacks a symptom than a cause. While undeniably pertinent – they can be a necessary first step — quota-based remedies risk myopia.”

I here propose the South Dakota Symphony as “the American orchestra that has most dramatically succeeded in championing social justice” – and consider the reasons why.

A big chunk of my piece is devoted to remembering how the federal government poured money into the arts during the Depression and the Cold War – in many respects, emergencies comparable to the Covid epidemic. That will not happen again. And yet: “No one disputes the outcome of Cold War cultural diplomacy. It worked. It ameliorated tensions between two great states – and at a cost miniscule in comparison with expenditures on defense and intelligence during the same period. If the arts, backed by government, proved healing during the Cold War, what might be surmised about their possible role in today’s fraught and fractured United States?”

I cite the views of half a dozen others, including the historian Allen Guelzo, who points out: “As late as 1870, Boston had 250,000 people and 50,000 horses. Yet we had surprisingly deep levels of cultural cohesion: Lincoln could quote Shakespeare, Byron, and the Federalist, people sat up to wee hours in remote farmsteads debating free will and determinism. The century between 1870 and 1970 transformed the world as no other century has, and all in the direction of ease, safety, and comfort. We no longer haul fifty gallons of water from the pump to wash and drink; we no longer chop cords of wood to heat ourselves; we no longer regard a trip of twenty-file miles as equivalent to an entire day’s journey; we have no need of our neighbors. In other words, we live in a fairy-tale world of instant supply at the click of a mouse; we live in a phony milieu where our chief pleasure is denigration. If it’s too much to get off our sofas, it will be too much to listen to Beethoven. In fact,culture is now understood to be a political weapon, and any attempt to speak of it with any authority is set down at once as a gesture of dominance. We are on the verge of suggesting, in the name of social justice, that orchestras staff themselves by quota. Now is a time to rethink.”

I write in conclusion:

“The pandemic is a diagnostic – and discloses a self-critical, self-confrontational United States that feels newly inchoate. We no longer hug a common cultural pantheon: [Henry Wadsworth]  Longfellow and [Frederic] Church are irrelevant; [Frederick] Douglass and [W. E. B.] Du Bois remain in a waiting room (and the formidable, formidably wronged Crazy Horse in a lobby). We are at work fashioning a national cultural inheritance that fits our needs and hopes today.

“Compared to nations abroad, we are not even secure in asserting that culture matters. In this fragile moment, Covid will be a catalyst or obstacle whose impact on government and politics, on the environment and the economy is already undergoing relentless scrutiny. At the very least, culture must become part of this conversation. Perhaps we can hope for more and allow culture to help us find the way.”

My article had just gone to press when Ari Roth announced his resignation as artistic director of DC’s cross-cultural Mosaic Theater Company, which he founded in 2014. His ouster was forced by complaints of “white supremacist behavior.” In October (over Roth’s objections), the Mosaic had posted a response to the “We See You” demands reading in part:

“We have programmed without consistent cultural competency, leading to harm of audience members and artists. . . . We have been complacent in validating a siloed and singular leadership style based on the comfort of routine. We have upheld white leadership to the detriment of BIPOC [Black, Indigenous and People of Color] artistry and expertise.”

In a detailed letter of resignation, Roth wrote of “theaters that have been trying to become a truer reflection of their diverse communities”: “How do we manifest a new Anti-Racist ethos meant to disrupt and reduce harm, while not abandoning foundational commitments to the value of IDEA [Inclusion, Diversity, Equity, Accessibility] that have been achieved, with palpable significance, and have created much more good than harm? Can a conjoining of paradigms be made without disqualifying, or fatally denigrating, the work (and workers) have have come before, and that remain the binding agents in our crucial, multi-racial alliances and common cause?”