You are here: Home » Articles filed under: 'News' » Article: 'The use and abuse of narrative'

The use and abuse of narrative

November 20th, 2022 | Browse other: News. | Tagged with: Beware the ‘Storification’ of the Internet, The use and abuse of narrative | 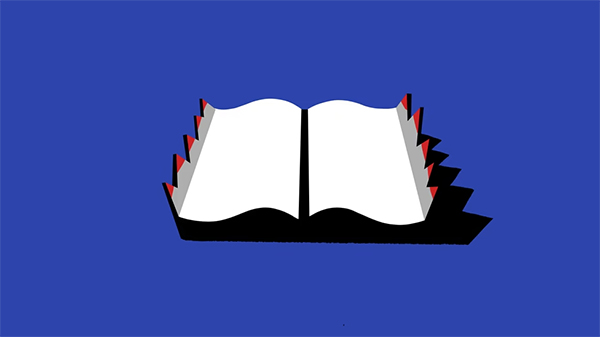 Sophia Stewart, Beware the ‘Storification’ of the Internet, The Atlantic, November 2022

We all need a lesson in close reading and a dose of skepticism—especially online.

Recently, during an ad break in the episode of Frasier I was watching, two commercials played back to back. The first, for United, wanted to tell me “the story of an airline,” which the commercial characterized as sci-fi, romance, and adventure, starring 80,000 “hero characters” otherwise known as employees. The second ad, for ESPN, argued that college football has everything that “makes for a great story”: drama, action, “an opening that sucks you in, a middle that won’t let you go, and a mind-blowing, nail-biting ending.”

There is a growing trend in American culture of what the literary theorist Peter Brooks calls “storification.” Since the turn of the millennium, he argues in his new book, Seduced by Story: The Use and Abuse of Narrative, we’ve relied too heavily on storytelling conventions to understand the world around us, which has resulted in a “narrative takeover of reality” that affects nearly every form of communication—including the way doctors interact with patients, how financial reports are written, and the branding that corporations use to present themselves to consumers. Meanwhile, other modes of expression, interpretation, and comprehension, such as analysis and argument, have fallen to the wayside.

The danger of this arises when the public fails to understand that many of these stories are constructed through deliberate choices and omissions. Enron, for instance, duped people because it was “built uniquely on stories—fictions, in fact … that generated stories of impending great wealth,” Brooks writes. Other recent scams, like those pulled off by Purdue Pharma, NXIVM, and Anna Delvey, succeeded because people fell for tales the perpetrators spun. In other words, we could all benefit from a lesson in close reading and a dose of skepticism.

Brooks’s extensive body of scholarship, including his foundational 1984 book, Reading for the Plot: Design and Intention in Narrative, helped pioneer our understanding of how narrative functions in literature and in life. As such, he knows that his critique of the tendency to narrativize isn’t exactly a new one. Joan Didion came to a similar conclusion in her 1979 essay “The White Album,” summed up by the oft-repeated dictum “We tell ourselves stories in order to live.” (Brooks’s version is a bit bleaker: “We have fictions in order not to die of the forlornness of our condition in the world.”) In times of turmoil, we search most desperately for the familiar hallmarks of storytelling: clearly defined heroes and villains, motives, and stakes.

But there’s a powerful narrative force at work today that Brooks, 84, understandably fails to consider in Seduced by Story: the internet. In doing so, he doesn’t just badly circumscribe his argument; he misses how the ability to read critically and recognize the way a narrative is constructed is even more important now than when the novel, the subject of most of his focus, reigned as one of the most prominent forms of media. His sole mentions of the internet—vague acknowledgments that “Twitter and the meme dominate the presentation of reality” and that ours is an “era of fake news and Facebook”—fail to grasp that on the internet especially, more attentive, analytical reading is essential.

If amid social upheaval we use stories to make sense of our world, then on the internet we use stories to make sense of ourselves. The filmmaker Bo Burnham, who grew up with and on the internet, is one of the sharpest chroniclers of how digital media shape our interior lives. In an interview for his 2018 movie, Eighth Grade, about a 13-year-old girl coming of age online, Burnham said that when it comes to the internet, talking heads focus too much on social trends and political threats rather than on the “subtler,” less perceptible changes it’s causing within individuals. “There’s something interior, something that’s actually changing our own view of ourselves,” he said. “We really do spend so much time building narrative for ourselves, and I sense with people that there was a real pressure to view one’s life as something like a movie.”

Just look at TikTok, where storytelling has become a lingua franca. In videos on the app, users encourage one another to “do it for the plot” or to claim their “main-character energy”—and, crucially, to film the results. One TikTok tutorial shows users how to edit a video to “make your life seem like a movie.” Story-speak is often used for levity: “I really hate when people call all the things I’ve gone through ‘trauma,’” one 19-year-old says in a tongue-in-cheek clip. “I prefer to call it ‘lore.’” But it also provides language for hard-to-articulate feelings: In another video, a forlorn teen stares into the camera above the text, “i know i’m a side character, i have no purpose except to sit and wait for my next scene.”

Here, and in most other corners of the internet, narrative taxonomy prevails. We’re telling ourselves stories in order to live, yes, but we’re also turning ourselves into stories in order to live. Amid the shapeless, endless internet—which Burnham describes as “a little bit of everything all of the time”—the tidy language of story appeals, helping to structure our experiences on- and offline. Making ourselves legible to others is, in essence, the mandate of social media. We are encouraged to create a brand and cultivate an aesthetic, to share inspiring anecdotes on LinkedIn and project authenticity on BeReal. On Instagram, “Stories” allow users to broadcast moments and experiences to their followers, and it’s tempting, one Mashable article argued, to rewatch your own—to view your life in the third person, packaged and refracted through a camera lens. “What do we want more,” Burnham asks in his 2016 special, Make Happy, “than to lie in our bed at the end of the day and just watch our life as a satisfied audience member?”

Social media hinges on storytelling because telling stories is, in Brooks’s words, “a social act.” This isn’t inherently bad, but it’s vital to be aware of artifice and the spin we put on our lives in public. As narrators of our own lives, Brooks writes, “we must recognize the inadequacy of our narratives to solve our own and [others’] problems.” Pulling from Freudian psychoanalysis, Brooks concludes that telling stories should be a tool we use to understand ourselves better rather than a goal in and of itself.

He occasionally brushes up against other timely ideas. At one point, he cites the French philosopher Jean-François Lyotard, who argues that in our present postmodern era, the “grand narratives”—progress, liberation, salvation, etc.—that once sustained entire societies have lost their power. “We are left with many mini-narratives everywhere,” Brooks adds, “individual or collective and, in many cases, dominantly narcissistic and self-serving.” The fragmentation of what we perceive as real and true is indeed a pressing concern. What would Brooks make, for instance, of Atlantic contributor Charlie Warzel’s claim that 2017 was “the year that the internet destroyed our shared reality,” setting the stage for alternative facts and conspiracy theories? Unclear; Brooks drops the fascinating idea of “many mini-narratives everywhere” (a little bit of everything all of the time) as quickly as he introduces it.

Brooks has delineated his lane—the novel—and is content to stay in it.  But many recent developments in the novel—the ever more common “trauma plot,” the “representation trap” befalling many Black fiction writers, the growing conflation of novels with morality tales—relate to how any story, regardless of the medium, can become freighted with undue political, representational, or moral weight. Although Brooks briefly worries about “inflated claims about [narrative’s] capacity to solve all personal and social issues” in the first chapter, it never comes up again in the many rich and rigorous close readings that follow.

It’s a shame that Brooks doesn’t see how broadly applicable his argument is. Today, stories have become ubiquitous, thanks in part to the internet’s democratization of storytelling—anyone can write or film their experiences and put them online. And “telling one’s story”—in a novel or a film, a Twitter thread or a TikTok video—has also become disproportionately valorized, often seen as a “brave” way to generate empathy and political change.

In his own way, Brooks bristles against this. In the second chapter of Seduced by Story, for instance, he discusses what he calls the “epistemology of narrative”—in other words, how do we know where a narrator’s knowledge comes from, or what his or her potential agenda might be? The question, which he applies to works by Faulkner and Diderot, felt especially pertinent to me as I watched the back-to-back ads that extolled the virtues of story. The many narratives that reach us through our screens demand the sort of scrutiny Brooks advocates for. A more critically minded and media-literate populace is the only antidote for a culture in thrall to a good tale.