You are here: Home » Articles filed under: 'News' » Article: 'The value of Australia’s biodiversity'

The value of Australia’s biodiversity 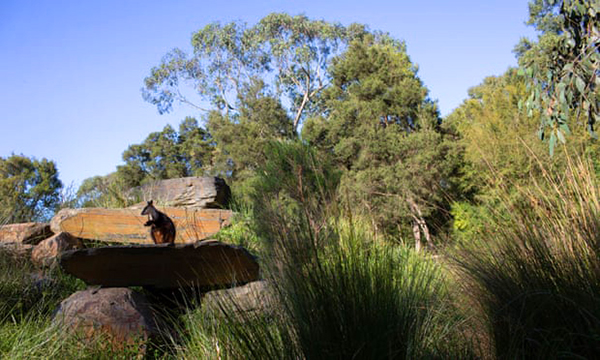 Economic research commissioned by the Australian Academy of Science argues every dollar spent on recording Australia’s plants and animals could deliver up to $35 in benefits. Photograph: John Moore/Getty Images.

The Climate crisis makes the mammoth task of recording all of Australia’s species over the next 25 years critical, the academy says.

Australia needs to embark on an urgent mission to formally document more than half a million undiscovered plants and animals before they are lost to science and the planet.

The Australian Academy of Science says some $824m will be needed over the next 25 years to complete a mammoth task becoming more urgent as the climate crisis puts more species at risk of extinction.

Economic research commissioned by the academy and released today argues every dollar spent on the taxonomy mission could deliver between $4 and $35 in benefits.

Australia is estimated to have 750,000 different species of plants, animals and insects, but about 70% are either undiscovered or have not been formally described in the scientific literature.

The academy’s proposal would see all of Australia’s species properly documented and recorded over the next 25 years.

The Deloitte Access Economics report says such a mission could deliver between $3.7bn and $28.9bn in economic returns over the next 25 years.

Economic benefits include the discovery of new drugs, improvements to biosecurity with invasive species easier to identify, and new crops developed from hybridisation of newly discovered species.

Associate Prof Kevin Thiele, director of the academy’s Taxonomy Australia organisation, said: “Every species that is lost – especially those lost before we even find them – is a lost opportunity.

“If we don’t even know what 70% of the species are, how can we answer the question of whether we’re conserving biodiversity or not?”

Taxonomy is the field of science that finds, documents and then describes new species and is a foundation for understanding the natural world and conserving it.

Thiele said so little was known about Australia’s biodiversity that at current rates it would take 400 years to describe all the species that scientists think are on land, in rivers and oceans, and in the air. Thiele, who is a plant specialist, said he was currently working on about 20 new species.

But he said scientific advancements in genetics and machine learning had created an opportunity to massively scale up the field of taxonomy and expand the pipeline of the discovery of new species.

“Now is the first time in history that we can do this,” he said. “But as well, there is enormous need because [of] climate change and all the other stresses [on the natural world].”

The $824m the academy’s report says is needed, includes money to double the workforce of taxonomists and provide funds for research and field operations.

Thiele said it would need a collaborative effort from state and commonwealth government agencies, philanthropists and industry to gather enough funds.

He said funding of that size was “not out of the ordinary”, with space missions and particle physics projects costing many times more.

The Deloitte report says: “Climate change, including rapid-onset disasters such as the bushfires experienced in the summer of 2019-20, is accelerating the extinction of species from the planet. Many species will disappear without ever having been known to humankind.”

Research published on Wednesday in the journal PLOS Biology has found a large backlog and taxonomic uncertainties in almost 300 snakes and lizards.

Dr Jane Melville, the lead author and senior curator of terrestrial vertebrates at Museums Victoria, said many species had been described in science a century ago. In reality, some of those described species were likely an umbrella of several distinct animals.

Some 24 “species” needed urgent taxonomic research, Melville said, as there was a likelihood that those classifications contained distinct species that were already threatened with extinction.

In 2019, Melville’s research found that a lizard species – the grassland earless dragon – was in fact four different species, and one isolated around Melbourne and Geelong may already have disappeared.

Prof Tim Entwisle, the director of Royal Botanic Gardens Victoria and president of the International Association of Botanic Gardens, said: “As a plant scientist and head of a botanic garden, I’m very aware that being able to identify and name a plant unlocks a vast array of benefits to that plant and to us.

“We need to discover and classify life on Earth so that species can survive in a changing world so that we can control weeds and diseases, and so that we can develop new pharmaceuticals and agricultural crops.

“It’s time we took this Cinderella of sciences (taxonomy) seriously.”

“The economic thinking in these papers helps us to understand biodiversity and manage Australia’s rich natural heritage far more efficiently; plus, it shows the enormous benefits to Australia of increased investment in science and science-informed actions.”

A spokesman for the federal environment minister, Sussan Ley, said the government was “already working towards a comprehensive understanding of Australia’s biological diversity”.

Parks Australia’s Bush Blitz had led to the discovery of more than 1,780 species new to science since its inception in 2010.

Over the past decade ABRS had facilitated the revision of approximately 2,016 taxa and the description of 1,106 new taxa, “adding significantly to our knowledge and understanding of Australia’s flora and fauna”.

The spokesman added: “The department will continue to consider a range of science-based strategies in this area.”

See also: Cost-benefit analysis of a mission to discover and document Australia’s species