You are here: Home » Articles filed under: 'News' » Article: 'The Voyage Game' 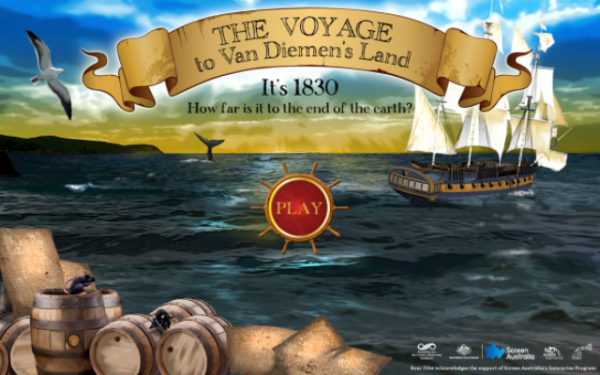 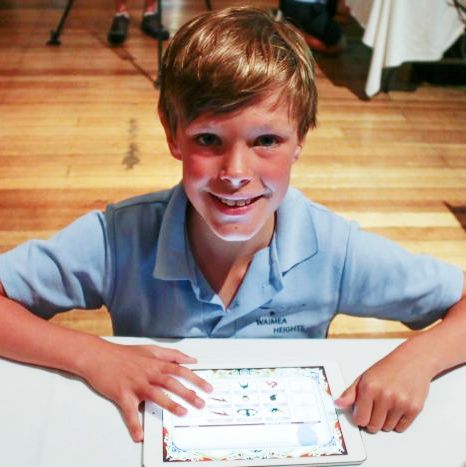 Today we are officially launching our educational game, The Voyage, at the Tasmanian Museum and Gallery in Hobart.

The Voyage is a ‘serious’ game based on the transportation of convicts from Britain to Van Diemen’s Land in the early nineteenth century. The project is a joint venture between the museum and roar film Tasmania, the University of Tasmania, Screen Australia and Screen Tasmania. The Voyage takes players on a journey from London to Van Diemen’s Land (now known as Tasmania) where, in the role of the ship’s Surgeon Superintendent, they are rewarded for the number of healthy convicts they deliver to the fledging British colony. The game is based on detailed historical data, utilising documented ship paths, convict and medical records and diaries.

Why a game for a museum? Research has shown that digital games have an enormous impact on the lives of children but their potential to improve learning has not yet been realised. Salen (2012) recognised the synergies between gaming and learning: “We see a huge intersection between games and learning, partially because the way game environments are structured is a lot like what good learning looks like”. However, relatively little is known about the ways in which students respond to different types of educational games, in different types of educational contexts, for different types of discipline or subject areas. This includes a lack of information about the difference between playing an ‘educational’ game at home, at school, or in another environment, such as a museum.

To investigate these issues further the museum partnered with Griffith University to undertake a series of studies with students in Year 9 (aged around 14–15 years) looking at their responses to playing games generally and their reactions to The Voyage specifically through questionnaires and focus groups. Some of the student comments included:

The game is accompanied by online resource materials for students and teachers and a small pop-up exhibition with four text panels to accompany the game when on tour, as well as a series of four films to provide further context to the game:

You can play the game online now. Enjoy!