You are here: Home » Articles filed under: 'News' » Article: 'The wheels are in motion'

The wheels are in motion 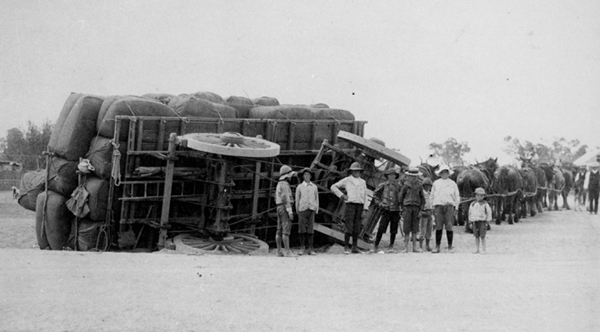 Many expressions we use today date back to the era of ‘horse and cart’ transport. Cars feature 21st century technology like sat-nav systems, but they also have reminders of travel in the 1800s. The dashboard was originally a timber or leather panel in front of a buggy which stopped mud from the ‘dashing’ horse flicking onto passengers. On rainy days buggy owners also rode with the hood up like modern convertibles.

Buggy drivers wore gloves when handling the leather reins to keep off leather oil and dust. These were stored in the glove box. What is too big for the glove box goes in the boot. The boot box on a coach was under the driver’s seat, behind his boots. The boot is still for luggage, but is now at the back. The driver on a coach was in control, sitting up on the box seat. People still use the term to describe a position of power.

Horses and carriages were dark colours. Accidents occurred in towns at night if buggies did not have headlights and taillights. A bit of red glass in the back of coach lamps showed which way a vehicle was going, that is which way the horses head and tail were pointing. If an accident was likely the driver hoped the brake shoes stopped the wheels. Brake shoes were made from old shoes nailed to the brake block. The leather gripped the iron tyre.

And we still refer to the horsepower.  And even the term car can be traced back to cart, carriage and the Roman words carrum or carrus, and the even earlier Celtic word karros, meaning cart or wagon.

Travel is central to our way of seeing the world. Consider the following expressions.

From the horse era we have…

We don’t want to be…

We do want to be…

We think in spatial and often linear metaphors, even if we are not physically moving anywhere. Western thought has been dominated by ideologies of ‘progress’ for centuries. There may be ‘no going back now’, ‘the wheels are already in motion’.