You are here: Home » Articles filed under: 'News' » Article: 'There’s no interest in a national collection'

There’s no interest in a national collection 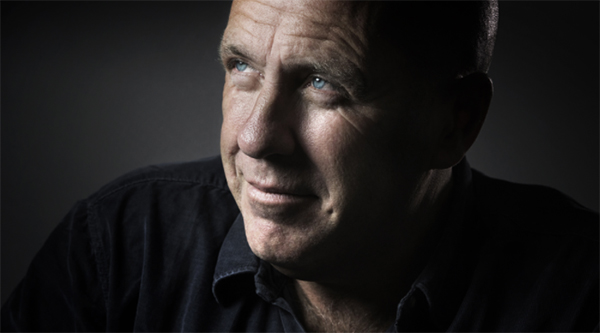 Author Richard Flanagan has our leaders in his sights. Image Joel Saget.

Saying that we are ‘fearful of dreaming large about what we are as a people’, Richard Flanagan blasted our politicians and the limiting culture they have created. 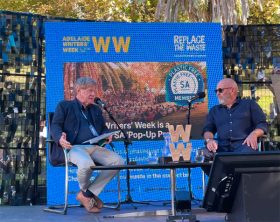 For Flanagan the culture war is very much alive and one side is winning. ‘You see the constant punishing of people who seek to question, to ask about different ideas,’ Flanagan said. ‘So now an arts degree costs more than a medicine degree.’

Flanagan connects such attacks on artists with a similar disdain for journalists and a free media, in light of investigations into the national broadcaster about its reporting on Afghanistan. ‘You have a political police in the Australian police, in the AFP [Australian Federal Police] – and I don’t say that lightly – raiding the ABC, because they were investigating war crimes. I mean, this is really quite a remarkable and frightening thing.’

With the Federal election coming up, Flanagan had politicians of all parties in his sights. He points to the destruction of First Nations sacred sites at Juukan Gorge by Rio Tinto as a moment when politicians shirked their responsibilities to our culture.

‘Why is it that senior executives in Rio Tinto lose their job for blowing up priceless Aboriginal heritage, but the ministers who signed off are still there?’ Flanagan asked. ‘Why is it that companies like BHP and Rio Tinto are to the left of the Labour Party on climate change? What does that say about our political system?’

The problem as Flanagan sees it is that politicians have become ‘a self perpetuating caste,’ observing that they trade between being media figures and politicians. By way of example Flanagan took aim at the media for depicting politicians not as leaders but as likeable, ukulele-strumming, ordinary people. He took a swing at fellow AWW guest Annabel Crabbe and her program Kitchen Cabinet for being part of the ‘fetishisation of politicians’.

Drawing a satirical parallel with Hitler, Flanagan described the program’s approach as, ‘You go to their garden and meet Adolf and Eva and he’s nice to Blondie the dog and he does a nice vegetarian schnitzel – not a bad fella. He just so happens to be planning the next global conflict.

Instead of looking to our elected politicians, Flanagan sees leadership elsewhere. ‘Democracy is not guaranteed by Parliament. It’s only guaranteed by the daily acts of all of us. Democracy, for me, is people like Grace Tame and Brittany Higgins. People who with great courage stand up and speak to the bedrock of their truth, and refuse to have that bedrock of truth be broken and stolen and painted as something else.

‘So I feel there is a mood for change in the country that I haven’t seen for a very long time. And I find that hopeful,’ Flanagan concluded.

Richard Flanagan was speaking at Holding the Hose, a session at Adelaide Writers’ Week.

The writer attended Adelaide Writers Week as a guest of Adelaide Festival.