You are here: Home » Articles filed under: 'News' » Article: 'This is a Voice MAAS'

This is a Voice MAAS 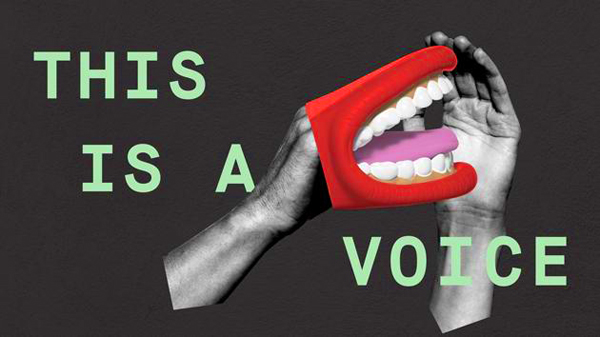 Image courtesy of the Museum of Applied Arts and Sciences.

This is a Voice, British Council, August 2017

Explore the elusive nature of the human voice at a major exhibition at the Powerhouse Museum, Sydney, on now until 28 January 2018.

Blending science, technology, art and performance, This is a Voice explores how the unique grain of our voice locates us socially, geographically and psychologically and how the voice is utterly flexible and can be altered with treatment and training.

Designed as an acoustic journey, it invites you to delve inside vocal tracts, restless minds and speech devices to discover how meaning and emotions are conveyed through the patterns of rhythm, stress and intonation.

The exhibition presents works by Australian and international artists, including London-based artist Anna Barham, whose inclusion in the exhibition and engagement in public programs is supported by the British Council.

Anna’s video work Liquid Consonant, presents a digitally animated head ‘speaking’ sounds. As it rotates, the sensually modelled lips give way to a cold synthetic cavity where tongue and teeth form Greek words containing the rolled ‘r’ sound of the letter ‘rho’ prominent in Greek words describing motion, such as current, flow and whirling. Blocks of sound issue in place of words, questioning the possibility of a correspondence between sounds made by the fleshy apparatus of the mouth and their meaning.

Anna will be taking part in five production reading groups on Saturday 12 August. This participatory work will observe how language can corrupt and proliferate when communicated between different bodies and technologies. Participants will read a selected text only for an Artificial Intelligence to intervene, interpret, and deliver a new version to the next reader. The result is a human/machine interaction and text production, where syntax and meaning ebb and flow in unpunctuated blocks that are momentarily fixed in their performance.

We are also supporting the production of digital materials surrounding This is a Voice, with four online interviews with British artists and scientists included as part of the exhibition.

This is a Voice is a Wellcome Collection exhibition produced in collaboration with the Museum of Applied Arts and Sciences (MAAS).

“The voice is one of our key identifying features; most of us use it daily and spontaneously, however its nature is far more abstract, uncanny even. It originates within us, both bodily and inside our minds, but voices can also seemingly come from nowhere, making it a deeply absorbing topic for vocalists, anthropologists, artists, scientists and philosophers alike. Focusing on non-linguistic and experimental uses of the voice, this highly performative exhibition is a quest to give form to this ambiguous creature and reveal the emotions that resonate within it.”