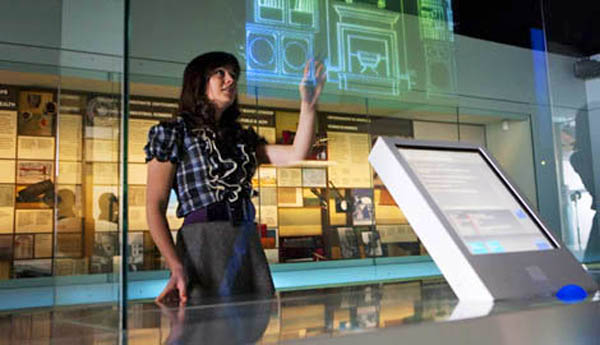 A report has called for Amgueddfa Cymru – National Museum Wales (NMW) to be granted a package of operational “freedoms” similar to those enjoyed by DCMS-funded national museums.

The review of Amgueddfa Cymru – National Museum Wales (NMW), carried out by former English Heritage chief executive Simon Thurley for the Welsh government, and published in full yesterday, says that there has been a “breakdown in the relationship” between the Welsh government and the museum, and is critical of both organisations.

It finds “inappropriate levels of political engagement” from the government and says that the museum has handled industrial relations in recent years poorly, arguing that it “should never have got itself into a situation where it was dealing with a series of strikes”.

It describes NMW as a “successful and thriving organisation of which Wales should be proud”, but says that the museum’s business model is “essentially broken”.

The headline recommendations of the report, which was based on 68 face-to-face interviews with people suggested by the government and NMW, were published in September. They call for the museum and government to develop a ten-year vision, with a five-year focus and a three-year funding agreement, and for the government to create a policy and governance environment that will enable the new strategy to be delivered.

The report says that as part of this environment, the Welsh government should “agree a package of ‘freedoms’ similar to those agreed by the Department for Digital, Culture, Media and Sport (DCMS) and the Treasury with the English nationals that will allow NMW to develop its commercial activities outside some of the restrictions of central government”.

Operational freedoms enjoyed by DCMS-funded museums include not being bound by the 1% cap on public sector pay rises and being able to borrow money from the government.

Thurley says in the report that several people he spoke to characterised the situation that had developed between the museum and the government as a “breakdown in the arms-length principle”. One person who had run a major cultural body in Wales said that the museum was being “constantly second guessed by ministers and civil servants”.

The review lays bare the extent of frustration that has developed between the two organisations, saying that within the museum there was a sense of it being “underappreciated and misunderstood” by government, while there was a feeling within government that the museum was a “‘problem child’ that lacks the competence to run itself effectively”.

The document identifies several measures that the museum could take to improve its situation.

It recommends that NMW should in future charge for special exhibitions (it is thought that the museum has only ever charged for two such exhibitions), and adds that “it is likely that parts of the events programme could be easily and sensibly brought within a pay barrier”.

It also raises the possibility of closing some of the museum’s seven sites in winter to better align staffing with visitor numbers (in low season, some venues receive about a dozen visitors on some days). Thurley says that one option would be for the Big Pit, the National Slate Museum, the National Wool Museum and the National Roman Legion Museum to open between the Easter and October half terms, and for the St Fagans National Museum of History to open only at weekends between 1 November and 1 March, except for Christmas events.

Analysing the museum’s “under-performing” commercial operations, Thurley finds that cafes at several sites are losing the museum money and that its shops “probably only just make a profit”. He adds that “a more focused and strategic approach to parking could yield the museum much higher revenues”.

To overhaul the museum’s commercial activity, the report urges NMW to appoint “a commercial director with experience  of running commercial operations at a major visitor attraction” at executive board level.

The report also calls for an expansion of the operations of the National Slate Museum. It recommends that NMW should “set its sights on a more ambitious role for the museum in the tourism of Snowdonia”, working in partnership with Gwynedd Council and the National Park Authority. “Lottery money could transform the visitor experience,” adds the report.

The review did not directly consider the Welsh government’s proposals to create Historic Wales, a body that would “bring together many of the commercial functions” of NMW and the historic environment body Cadw. The proposals were strongly criticised by cultural sector organisations, including the Museums Association, which warned that they would threaten the independence of the institutions by bringing some of their operations under direct government control.

Explaining its brief, the report says: “This is intended to be a relatively quick review and will be separate from the work of the Historic Wales steering group which is looking at the most appropriate structures for the heritage sector in Wales in the longer term.”

Dafydd Elis-Thomas, the Welsh minister for culture, tourism and sport described the review as “one of the best reports of a public body that I have ever read” and “a key step to help the Welsh government and NMW identify the most appropriate ways in which the organisation can thrive in the future, in what continue to be challenging financial times”.

Elis-Thomas added: “The Welsh government remains absolutely committed to enabling our heritage institutions to maximise the economic benefits that they bring to the people of Wales.”

David Anderson, the director general of NMW said: “The review of NMW is a positive endorsement of the work of the organisation and its staff, as well as its future ambitions. We look forward to working with the Welsh government on taking the recommendations forward in the coming months.”

A spokeswoman for NMW said that the museum had invested a lot of time and resources in industrial relations since the dispute. “A trustee has been nominated as a point of contact, and we have strengthened the dialogue between the unions and our senior management team,” she said. “Our senior management team is also working positively with the trade unions through a strategic partnership on various areas of work such as sector skills and apprenticeships”.

The spokeswoman added: “The museum has already made significant progress in diversifying its income over recent years and believes that a commercial director will provide even greater opportunities.  In 2016/17 the museum raised £10.3 million in income from all non-grant in aid sources and sees the proposed new appointment as a way to build on recent successes”.