You are here: Home » Articles filed under: 'News' » Article: 'Tim Flannery home as AM Distinguished'

Tim Flannery home as AM Distinguished 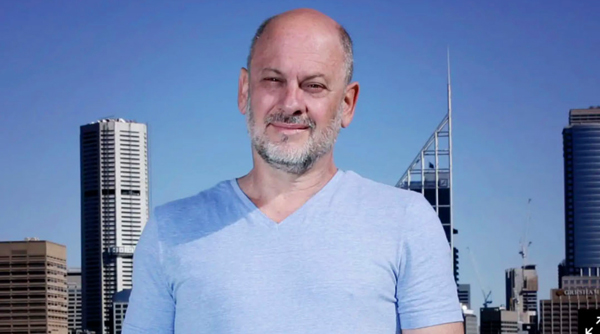 Tim Flannery returns to Sydney to take up a new climate role at the Australian Museum. Credit: Jessica Hromas.

Renowned Australian scientist and climate expert Tim Flannery has been appointed to a new climate change role at the Australian Museum in a major coup for the institution.

Professor Flannery, the 2007 Australian of the Year, will have dual roles in climate research and public education as the museum’s distinguished visiting fellow.

The 12-month position, funded by private donors to the museum, will give Professor Flannery a public platform to speak on climate and energy policy at a crucial time in the lead up to the state and federal elections.

“Climate change is one of the biggest challenges of our time, affecting all life on the planet, and Australia is poorly prepared for the massive transition that is about to happen,” Professor Flannery said.

While concerned about Australia’s lack of action on climate, Professor Flannery said “you have to remain optimistic”.

“You’ve got to look at this problem over decades. It’s a problem that’s developed over two centuries and it’s not going to be solved tomorrow,” he said.

But he said Australia must do more and said neither side of politics was offering enough of a solution.

“Is any political party doing enough, given the current situation, to avoid two degrees of warming? It’s very unlikely. We’ve got to do more. Our targets need to be increased.”

“The opportunity to have Tim re-join us for 12 months is just outstanding,” she said. “He’s coming home.”

“He is without doubt Australia’s foremost expert in climate change awareness and action, and so recognised internationally.”

Ms McKay described the timing of the announcement, just months before the state and federal elections, as “coincidental”.

“Tim and I have been talking about this role for a while,” she said. “I think it pulls our climate change work into sharper focus by having Tim join us.”

Ms McKay said the museum has a unique opportunity to educate people about climate change, because of the high levels of public trust the institution enjoys.

“Museums are the perfect outlet to talk about the impacts of climate change, and adaptation strategies as well.”

Professor Flannery said he is relishing the prospect of getting into NSW schools to inspire the next generation.

“I find that a lot of young people are quite despairing about climate change. They feel powerless. [But] there are huge opportunities. There still is a great chance to make a difference.”