You are here: Home » Articles filed under: 'News' » Article: 'Time for Australia to establish'

Time for Australia to establish

March 31st, 2022 | Browse other: News. | Tagged with: It is time for Australia to establish a national Ministry for Culture | 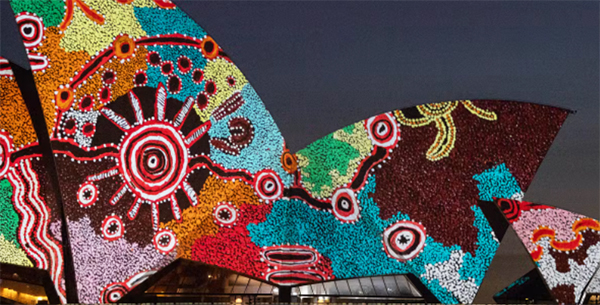 Jo Caust, It is time for Australia to establish a national Ministry for Culture, The Conversation, 28 March 2022

The pandemic has been a wake-up call. Now, more than ever, the arts are a part of our daily lives. They are not something only “the elite” enjoy; they are an expression of the human condition.

As part of an interconnected system of collective well-being, it is vital to ensure arts practices continue across our entire community, and that everyone has access to them.

The arts reflect our whole culture, and our cultures are what make us who we are. When our culture is at the heart of our collective life, appropriate funding and support will naturally follow.

If we start by asking these questions, we can make more sense of the debate and find a way forward that works in our own unique cultural, social and political context.

There is abundant evidence to show the government’s financial support for the arts and culture has been significantly reduced over many years. Today the arts don’t even rate a mention in the title of the government department responsible for them.

Even worse, grants have been routinely awarded to communities in marginal electorates for party political purposes. Yet we know the arts are a public good and Australia is a wealthy country that can afford to provide adequate funding for them. So what needs to change?

For the past 20 years arts advocates have asked for a national cultural policy or a national arts plan. This has been reinforced by recommendations from two parliamentary committees within the past seven years.

Yet, aside from Labor’s short-lived Creative Australia in 2013, there has been no attempt since 1994 to address the needs of the sector or create a comprehensive plan for the future at a national level.

Relying on the political goodwill of governments to bring about change does not seem to be effective. Policy developed by one side of politics can be quickly undone when the opposition comes to power, and little bipartisan progress is made.

Establishing an Australian Ministry for Culture

Many countries resolve this problem with a Ministry for Culture.

An Australian Ministry of Culture might include the arts, First Nations arts and heritage, public broadcasting, film and cultural heritage in its ambit. All these areas are interconnected through their association with “culture”. Placing them together in an integrated and central location would help bring “culture” into the political mainstream. 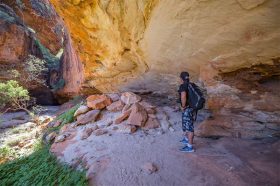 An Australian Ministry of Culture might include the arts, First Nations arts and heritage, public broadcasting, film and cultural heritage. Shutterstock.

While there might be concerns a Ministry of Culture could extend government control over arts practice, this could be prevented by use of the arm’s length principle of funding and peer review. Political intervention in grant decisions is in no one’s interest and reduces the credibility of the government and the minister concerned.

As part of a national cultural heritage framework, all major cultural organisations could then be funded directly by the government from within this department.

The list would include our major galleries, libraries, museums, archives and other national entities that are already direct-line funded, such as Screen Australia and the Australia Council. 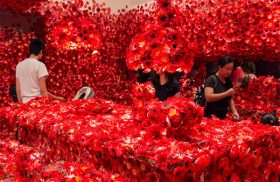 The ministry would include all our major art galleries. Shutterstock.

It could also include the major performing arts organisations, as they also represent aspects of our cultural heritage. That is, the state orchestras, the national opera company and perhaps a national theatre company.

Having a ministry that took responsibility for everything within the ambit of culture would ensure national protocols were put in place to protect the national interest against the commercial interests of private enterprise.

All public broadcasting would be part of this ministry to prevent private market forces from dominating the discourse. Entities such as the ABC, SBS and NITV enjoy public trust and are critical to the national public debate, freedom of expression and the right of citizens to hold politicians and their governments to account.

They have also played a significant role in presenting Australian stories and commissioning work from Australian writers, filmmakers and performers.

SBS has challenged the homogeneous norms of Australian culture and ethnicity and ensured the inclusion of a range of voices in the public space. NITV has provided a voice for our First Nations people and raised awareness and understanding of the culture within the wider population.

It might also be helpful to establish a new statutory authority, similar to the Australian Foundation for Culture and Humanities that was lost in a change of government 23 years ago. This entity could address the gap between community cultural heritage, local history and community arts, and ensure grants were awarded at arm’s length from political interests.

Obviously, the new entity would not be a cure-all, but it would allow the development of a critical mass of shared interests and knowledge that would benefit the country.

A plan for future development of the arts and culture is also essential. A plan would allow goals to be set and ensure the decisions of government were proactive rather than reactive.

The pandemic experience has demonstrated that if we don’t develop clear policies, then sectors that are excluded from the political framework, such as the arts, could be sent to the wall.

Australia needs to mature as a nation by taking its arts and culture seriously, and a Ministry of Culture would provide a central platform for the nation’s identity. 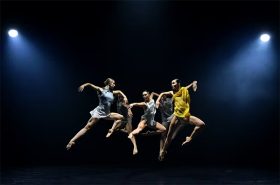 Australia is a wealthy country in terms of arts and culture. We need to protect that weath. AAP Image/Joel Carrett.

We must all take responsibility for caring for our country and our culture. This means placing the arts at the centre of our thinking. We can do this – and we need to do this – to ensure our nation has a positive and creative future.

We are a wealthy country both materially and culturally. We need to acknowledge this and then act upon it, to ensure all future generations can enjoy their culture and practise their arts.

As our First Nations’ people have told us, arts, culture and country are all one.