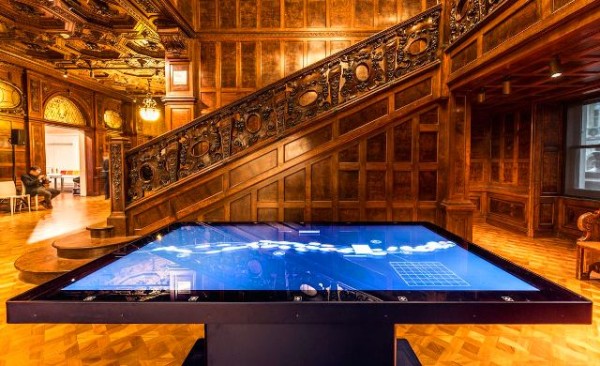 Zacha Rosen, What will museums look like in the future?, Concrete Playground, 2 June 2015

The future of museums is a bit William Gibson. As in, “the future is already here. It’s just not evenly distributed yet.” One place with a pretty uneven head start — bringing the future to now — is the Cooper Hewitt Museum in New York City. A branch of the Smithsonian settled in a former mansion of the late magnate and philanthropist Andrew Carnegie. Its head start comes from being closed for renovations for three years. This gave it the chance to completely reinvent a lot of the things it did from scratch. Not least that whole internet, digital thing.

For its Sydney-raised director of digital and emerging media, Seb Chan, that was the appeal. Chan had been in a similar role at the Powerhouse Museum (now the Museum of Applied Arts and Sciences) and was very much attracted to “a chance to reboot” a whole museum and think “what could this be?”

The Cooper Hewitt answers this question mostly with some pens. Visitors get handed a special black, rubber pen. Its smartphone-friendly tip lets you draw on interactive tables. The button on the other end lets it save the stuff you like. That’s about it.

“There’s no screen. There’s nothing to learn,” Chan says. You can click the eraser end against little information cards and use the pen to bring up more info on the tables. When you leave, you look up a web address on your ticket and all the things you looked at are collected for you.