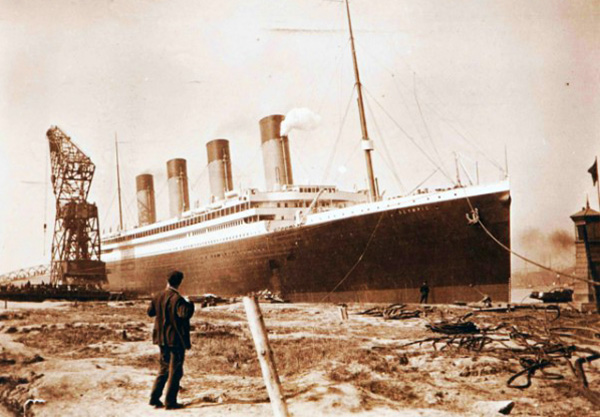 The museums have until October 5 to make a counteroffer.

A group of hedge funds has made a $19.5 million bid to buy some 5,000 relics from the doomed ocean liner the Titanic. Their offer threatens the efforts of a consortium of UK museums which had hoped to acquire the collection with a $20 million offer but were unable to raise the initial funds before the hedge funds, led by Apollo Global Management, threw their hat in the ring.

The museums now have until October 5 to make a competing offer of at least $21.5 million, as reported in the Guardian. If they are able to do so, that will trigger a bankruptcy auction, set to take place October 11. (After Premiere Exhibitions, the US company that owns the artifacts, filed for bankruptcy in 2016, a judge ruled that the collection must be sold together, as opposed to each object being auctioned separately.) The collection has been appraised at $200 million but is unlikely to approach such a lofty sales price sold as a single lot.

James Cameron, director of the blockbuster 1997 film Titanic, and Robert Ballard, who discovered the location of the famed wreck, have voiced their support of the museums’ bid. Ballard called it “the only viable option to retain the integrity of the Titanic collection. The collection deserves to be returned home to where its journey began.”

Premiere Exhibitions had showcased the collection in a traveling exhibition most recently on view in Las Vegas; Orlando; Waco, Texas; and Richmond, British Colombia, according to the company website. It was also known for “Bodies: The Exhibition,” “The Discovery of King Tut” and other shows such as “Saturday Night Live: The Experience.”

In the hopes of bringing the collection back to the UK, Titanic Belfast, the monument that marks the site where the massive ship was built and first took to the seas, has teamed up with the National Museums Northern Ireland, the Titanic Foundation Limited, and the National Maritime Museum, part of the Royal Museums Greenwich.

Whoever secures ownership rights to the collection will also gain salvage rights to the wreckage site for the vessel, which sank during its maiden voyage on April 14 and 15, 1912, taking some 1,500 lives.

“It is very important that the unique collection of objects raised from the wreck site debris field is kept together and held in public ownership for the benefit of people today and for future generations,” the museums argue on a website dedicated to the campaign.