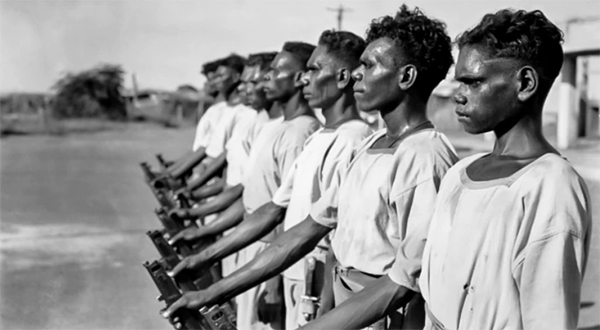 Aboriginal islanders recruited during World War II went behind enemy lines by submarine, canoed an injured airman across the sea for help, rescued a shipload of stricken sailors, and captured six of the enemy.

But it took 20 years for recognition and payment for their efforts. 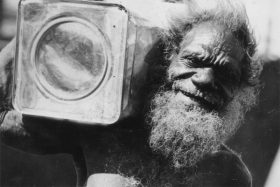 An exhibition commemorating the 80th anniversary of the first Bombing of Darwin shines a spotlight on the Tiwi who contributed to the war effort.

At the exhibition’s opening on February 19, it will be 80 years since Australia was bombed by the Japanese, but amazing stories are still surfacing about how remote Aboriginal islanders found themselves defending Australia.

It is now clear that Tiwi civilians rescued 35 Allied forces members, among other feats. 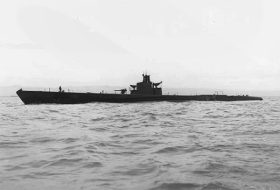 But not as long as it took for recognition and the awarding of medals and payment, albeit sub-par, to the people involved. 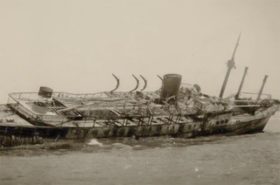 Her grandfather Louis Munkara and his family were camping at Powanapi, on the western side of Bathurst Island, on the afternoon Darwin was bombed.

“They were surprised by the appearance of a large vessel from the north trailing plumes of smoke, the Don Isidro,” she said.

“As night descended, fires were built on the beach as beacons for survivors to know which direction was land.

“Many crew members made it to shore during the night and were made comfortable by my family.

“But unfortunately, a number of casualties washed up as well and were buried in the sand dunes.”

The ship ran aground in shallow water and has not moved since. 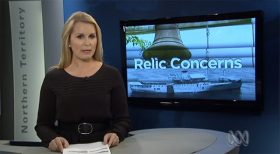 “My opportunistic aminay [grandfather] and a few others returned to the wreck and retrieved a large amount of food and alcohol,” she said.

“I’ve been told that my family partied on these salvaged goods for weeks.” 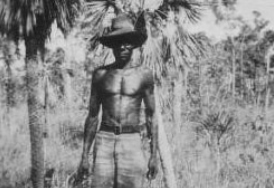 Legend tells that after rescuing five downed Japanese airmen, he shot them all with his one army-issue bullet.

He was given the title of RAAF flight sergeant for his war efforts.

“He certainly didn’t want to see his land taken off him again by another set of invaders,” she said. 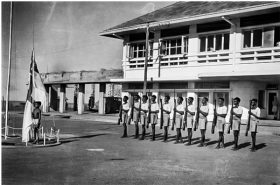 Johnny Tundingali, Jabberu Kerinaiua, and Diamond Kerinaiua rescued the injured airman and canoed him more than 70 kilometres to Darwin, then walked more than 40km to get medical assistance.

NT Library and Archives collection manager Don Christophersen said it was just one remarkable feat by the Tiwi.

“They took it upon themselves and put themselves in danger by helping that man,” he said.

“They’re rewarded by the military with flour, tea, sugar, and big mobs of tobacco.” 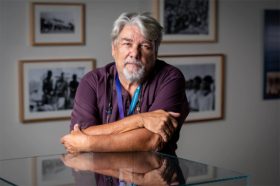 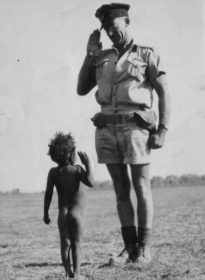 The US submarine Stingray had Aussie commandos aboard, but also recruited Malay-speaking Tiwi men Charlie One Tipakalippa and Strangler Pungautji MacKenzie for missions to occupied Indonesia.

“These guys were carrying machine guns, went ashore, checked it out, made sure the coast was clear, and then the commandos would come ashore. And then put stores all along the Timor coast,” Mr Christophersen said. 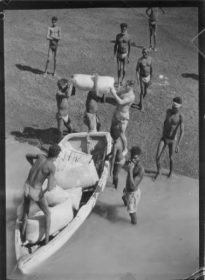 “When they came up, they’re all bleeding from their eyes and ears.

“Those men were issued special active service badges to say they met the enemy.”

But it was not until 20 years later the 37 Tiwi who put up their hand for service were paid and rewarded.

“It was at a reduced rate, of course. That’s what Aboriginal people were being paid at that time,” Mr Christophersen said.

He said medals and payment was a complex procedure as Aboriginal people were not yet Australian citizens, and the government was hesitant at the time.

“[The government] was saying ‘if we give you the medals, and we acknowledge that you served your country, then we’re going to have to make you citizens’.” 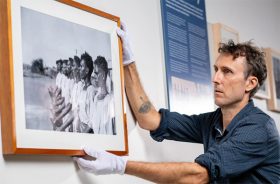 Co-curator Charlie Ward said the stories are well-known on the islands but were an “unusual and unexpected” element in broader Australia.

“It’s fair to say that historically that was a vexed kind of relationship Indigenous servicemen had with military officials,” he said.

“There is now a much better recognition and appreciation of the unique contribution that Indigenous people can make to the military.”