You are here: Home » Articles filed under: 'News' » Article: 'TMAG and community' 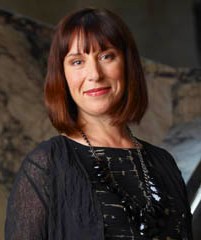 Janet Carding says it is not her style to turn up, map out a grand vision and impose it upon an institution.

The new director of the Tasmanian Museum and Art Gallery prefers to take her time getting to know her new territory, observe the people who visit it, and think about what it needs, rather than dictating what she wants.

During our interview, Carding even asks me if I have any suggestions for what could be done differently at the land. “This is a place a lot of people really care about and they want to know it is going well, and part of my job is the responsibility to do that,” she says.

“We are as strong as the community that supports us and this community cares a great deal about the TMAG.”

In the museum’s top job since April, Carding hit the ground running. Just a week into her tenure, the museum opened its World War I exhibition (The Suspense is Awful: Tasmania and the Great War, on show until February), focusing on the experiences of Tasmanians affected by the Great War.

She says that exhibition alone taught her a great deal about her new home and the people who live here. More broadly, she says the museum’s unique ability to tell Tasmanian stories through its collections of art and historical artefacts has given her a perfect way to fully educate herself about all aspects of the state.