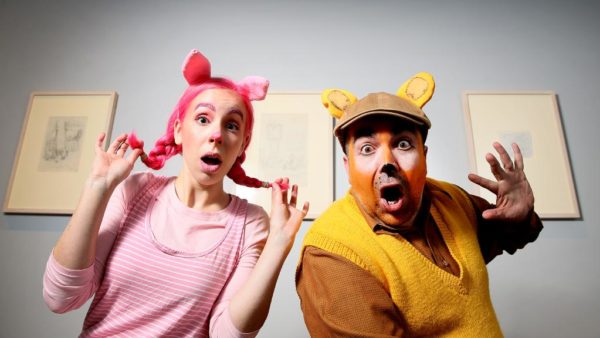 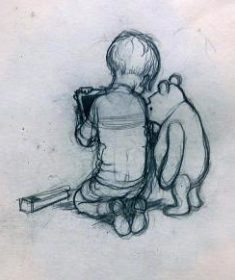 A sketch from the Winnie the Pooh exhibition.

Generations of children have grown up reading — and later watching — the stories of anthropomorphic bear Winnie the Pooh, his buddy Christopher Robin and their Heffalump-chasing crew from the Hundred Acre Wood.

Now Pooh fans have a chance to see where it all started thanks to a new exhibition, Winnie-the-Pooh and friends, which opens next week at the Tasmanian Museum and Art Gallery.

TMAG owns 29 original drawings by British artist Ernest Howard Shepard of characters from the much-loved children’s books Winnie-the-Pooh by A.A. Milne and Wind in the Willows by Kenneth Graham.

The Shepard works were donated to the museum in 1981 by the artist’s Tasmania-based sister-in-law Frances Carroll, who Shepard had sent the drawings over several decades.

They have not been on display since 1995 but are now coming back to the museum’s Salon Gallery, including original studies for Milne’s books When We Were Very Young, Now We Are Six and The House at Pooh Corner, as well as drawings of Ratty and Moley for Wind in the Willows.

Characters from local theatre company Hamley Productions’ new Winnie the Pooh production will perform scenes from their show in the gallery on the evening of April 28.

TMAG’s principal curator of art Jane Stewart developed the exhibition, which she believes will hold considerable appeal for audiences.

“For anyone who knows the Winnie-the-Pooh or the Wind in the Willows stories, there is some magic in seeing those original sketches up close and in person,” she said.

“Even for those coming to the stories for the first time, including children, there is a fascination in seeing how Shepard the illustrator began to give all those key characters — Christopher Robin, Pooh and Piglet as well as Ratty, Mole and Toad — their form, a form we now all recognise and know so well.”

The opening of Winnie-the-Pooh and friends coincides with TMAG’s five-day Children’s Festival, which will entertain younger visitors during the upcoming April school holidays.

The TMAG Children’s Festival runs from April 26-30, and will feature a range of free events, displays, programs and activities for and by children.

Winnie-the-Pooh and Friends will be on show from April 21 until August 20.

For more details go to www.tmag.tas.gov.au