Tasmania’s Arts Minister has left the door open to reopening the state-owned Tasmanian Museum and Art Gallery (TMAG) on Mondays. 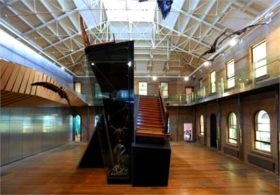 TMAG was forced to shut its doors on Mondays and close an hour earlier on other days after facing serious financial problems in 2014.

The move attracted criticism from the tourism industry and the state Opposition.

In budget estimates last year Arts Minister Vanessa Goodwin said TMAG’s governance system was not working and it had no clear strategic direction.

A review of the organisation was subsequently launched and Ms Goodwin said it would be complete in the “not too distant future”.

“That will provide a clear direction for the museum but also we will be announcing in the future some potential changes to the governance structure,” she said.