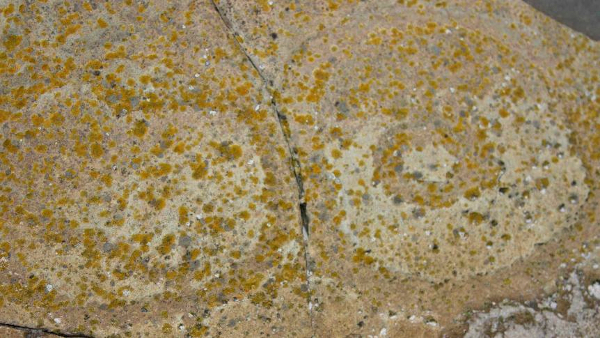 A Tasmanian Aboriginal leader says two of the state’s key cultural and historic institutions will issue formal apologies to Indigenous people as part of the return of 14,000-year-old rock carvings to their original site in the state’s north-west.

The ancient petroglyphs were taken from Preminghana in the 1960s and after decades of fighting and negotiation, are due to be returned in early March.

Petroglyphs are rock carvings made by etching a rock surface using a stone chisel and a hammerstone to expose different colours beneath.

Aboriginal Land Council of Tasmania chairman Michael Mansell is working with the Tasmanian Museum and Art Gallery and the Royal Society of Tasmania on the return, and said the two organisations would make their apology on February 15.

The Royal Society was founded in 1843 to promote historical, scientific and technological knowledge and was the first such society to exist outside the United Kingdom.

Mr Mansell said it was a “significant step” forward to have “white” institutions acknowledging past wrongdoing.

“The Tasmanian Museum and Art Gallery is the largest museum in Tasmania and it has national and international links, and the Royal Society has historically had very special links with the museum through the digging up of Aboriginal human remains, cutting up the bodies of Aboriginal people, donating parts of those bodies to the museum which in turn, displayed full skeletons for public entertainment,” he said.

“Both of these institutions [through the apology] are saying it’s a horrible history, we should never have done it.

“They’re saying our attitude towards Aboriginal people and their history was disgraceful and as part of Tasmanian society, we want to make amends.” 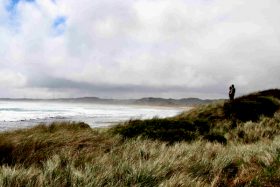 Archaeologists took the petroglyphs from Preminghana before there were laws to prevent it.(ABC News: Manika Dadson).

Aboriginal Affairs Minister Roger Jaensch said while the Government wasn’t directly involved with the return of the petroglyphs, they would help out if required.

“We commend the museums for recognising the impact of those collections and ways that those items were removed without permission and commend them for the actions they’ve taken,” he said.

Some of the pieces were kept at Launceston’s Queen Victoria Museum and Art Gallery (QVMAG).

Launceston Mayor Albert Van Zetten said QVMAG was working through the process and planning for the return of the petroglyphs held in its collection.

“During NAIDOC Week last year, I made a public apology to the Tasmanian Aboriginal community for the times our council has caused hurt in the past,” he said.

“As part of that apology, I pledged that we would continue to listen, to learn and try to understand the pain caused by our past practices.

“We are continuing to work through the petroglyph return process with the Aboriginal community in that spirit.” 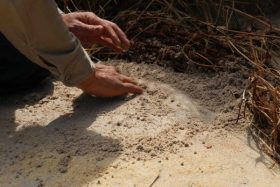 Public ceremonies will be held at both museums to mark the start of the long journey home for the carvings, which Mr Mansell said would occur in either the first or second week of March.

From there, the petroglyphs will be trucked to Preminghana.

“A helicopter will have to lift the rock art from the trucks and take them about one or two kilometres to their resting place and that will be a private ceremony for Aboriginal people only,” Mr Mansell said.

The process so far has been organised by the Tasmanian Aboriginal Centre and the Aboriginal Land Council in conjunction with the museums.

“It’s of the utmost importance these petroglyphs go back to Preminghana, but I think it’s important that all Aboriginal people have access to go down there to pay their respects,” he said.

“It’s important they don’t just go to an exclusive club.”

Mr Dillon said the Tasmanian Aboriginal Regional Communities Alliance (TRACA) had been led to assume only a select group would have free access to the site as the Land Council hadn’t contacted them about any part of the repatriation process.

He said TRACA members didn’t need an invitation to the ceremony as the rock art was put back in place, but they wanted to know they would be able to freely visit the site.

“It’s not about having access to the actual pieces, just the ability to pay their respects where they are,” he said.

“Do the petroglyphs belong to them [the Land Council] or do they belong to everyone?” 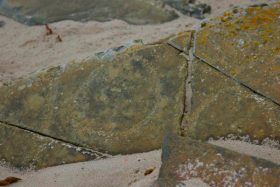 Mr Mansell said the rock formations were completely open to the public.

“For 364 days a year, these groups and members of the public are welcome.”

The Royal Society of Tasmania and the Tasmanian Museum and Art Gallery (TMAG) said in a joint statement they would offer paired apologies to Tasmanian Aboriginal people on February 15, in recognition of the shared history of the two organisations.

The event would be held in the courtyard at TMAG for invited guests only, as it was primarily for Tasmanian Aboriginal people, and copies of the apology texts would be made available.

The statement said preparations were underway for the physical return of the petroglyphs to Preminghana in consultation with the Aboriginal Land Council of Tasmania.