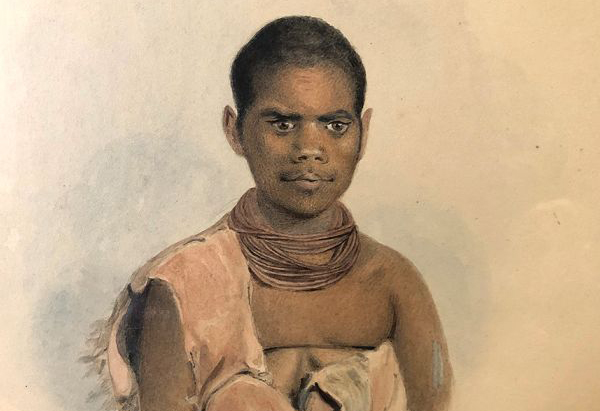 A collection of 19th century portraits of Tasmanian Aboriginal people is on show in Australia for the first time after being in storage in England for 180 years.

Convict artist Thomas Bock was sentenced to transportation to Australia in 1823 and arrived in Van Diemen’s Land the following year where he went on to become one of the most sought after artists in the colony.

He produced a series of portraits of Indigenous Tasmanians, which belong to the British Museum and have been held there until now. 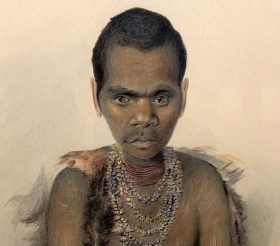 Bock’s portrait of Truganini as a young woman was completed in 1831. (Supplied: British Museum)

The paintings are on display at the Tasmanian Museum and Art Gallery (TMAG) as part of a three-month exhibition of Bock’s work.

Co-curator Jonathan Watkins said the portraits had only been publicly displayed once, in Birmingham, where the exhibition started.

“Nobody except for scholars … has seen them, except the people that commissioned them, Thomas Bock, and presumably the subjects, all those years ago.”

One of the paintings on display for the first time in Australia is of Truganini, who is among Tasmania’s most famous Aboriginal figures.

Mr Watkins said Truganini’s portrait was only recently identified, because scholars previously mistakenly believed her painting was of another Indigenous Tasmanian woman.

“If you know you’re a descendent of that woman or members of her family you’d probably be overjoyed and very moved to see an image that had been made by such a talented artist who would have made the image not from a photograph but directly from her,” Mr Watkins said.

“She symbolises so much, her image embodies so much meaning, but what’s ironic is that until quite recently this particular image was thought to be someone else.

“This young woman with a shell necklace is Truganini, we have no doubt of that.”

Ms Stewart said it was an Aboriginal Tasmanian woman who set the record straight.

“That discovery was made by Dr Gaye Sculthorpe who is a Tasmanian Aboriginal woman [and] also the Curator of Oceanic Collections at the British Museum,” she said.

“For 180 years we had all thought that the portrait of Wortabowigee was of Truganini and [vice versa]. That is quite a significant step in the way that we see and remember Truganini, given her significance in Tasmanian history.”

The Thomas Bock collection is being displayed as part of The National Picture at TMAG, a major exhibition of colonial art works exploring Tasmania’s Black War.