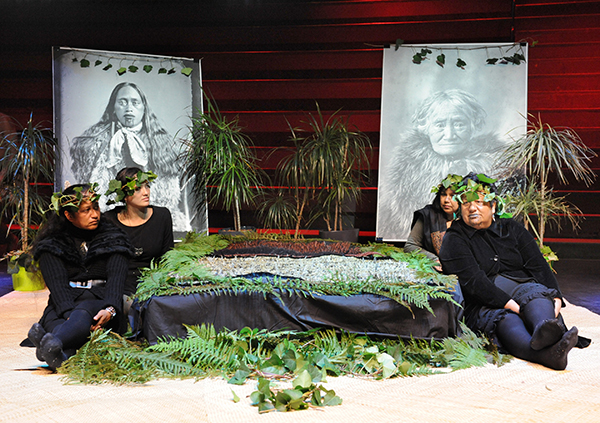 New Zealand’s repatriation program brings human remains back and lays them to rest.

On a cloudy day in October, Hinemoana Baker walked into a white room at the Ethnological Museum in southwestern Berlin, dressed in all black. A New Zealand poet and musician, Baker is a descendant of both the island nation’s indigenous Maori people and Europeans. As she entered the room, she began to utter a Karanga, a traditional Maori call, in a poignant, almost weeping sound. Following her were two museum staff, each carrying a paper box. Inside the boxes were what Baker regarded as her ancestors—two mummified and tattooed Maori heads, also called toi moko.

As the boxes were laid onto a table covered with a black cloth, Baker turned to address them directly: “We are here to mourn for you and for what’s happened to you,” she sang. “Very soon you will be going home to your mountains, your rivers, your people, and your homeland.” 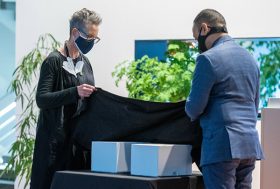 The ceremony marked the handover of the toi moko from the Ethnological Museum to Te Papa, the national museum of New Zealand. The museum’s Karanga Aotearoa Repatriation Program, established in 2003, has returned over 600 ancestors including toi moko and the remains of Maori and Moriori people, an indigenous group that lived on New Zealand’s Chatham Islands. 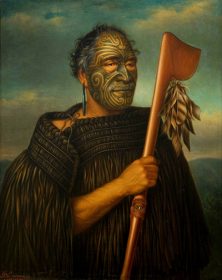 To the Maori people, the practice of preserving one’s head after death was an act of love and respect. Many of the deceased people’s faces had moko, a highly individualized tattoo chiseled into the skin, a sacred sign of status for chiefs, warriors and family elders. “[The tattoos] refer to tribal connections, particular deeds or roles they play in life,” says Te Arikirangi Mamaku, the repatriation program’s project coordinator since 2009. After a person’s death, the head would be removed and dried over a fire. The family would then keep the preserved head out of sight. Only the toi moko of fallen enemies were displayed on stakes for mockery and humiliation.

The ways in which toi moko fell into European hands were intertwined with New Zealand’s dark colonial past. In 1770, Joseph Banks, an English botanist on Captain James Cook’s voyage to New Zealand, exchanged the toi moko of a teenage boy with a pair of old white linen underpants. The Musket Wars, a series of 3,000 battles between Maori tribes in the early 19th century, inflamed the trade. “Once one group had guns every group had to have guns,” Baker says. “That made any conflict far more deadly.” Many Maori tribes, desperate to obtain weapons and ammunition to avoid annihilation, offered their enemy’s heads to visiting European and American ships. Slaves and prisoners were also killed so their heads could be turned into toi moko, according to the studies of Amber Aranui, a researcher at Te Papa’s repatriation program.

In 1831, the governor of the Australian state of New South Wales banned the sale of toi moko in Sydney, the major hub through which they were trafficked to Europe. Still, the trade continued to flourish in New Zealand until the 1850s, Aranui writes in an email. European and American museums fervently amassed toi moko as curiosities of a “savage” culture, and scientific institutions collected them for pseudo-scientific experiments aiming to prove white supremacy. The insatiable demand prompted European explorers and settlers to raid Maori graves, sending the remains to Europe without the descendants’ knowledge. 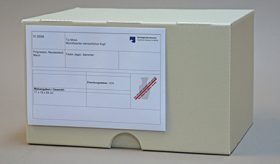 The Maori and Moriori believe their connections to the remains of their ancestors are long-lasting. When the body is parted with its community and land, the soul can become restless. “I may not know who they are, where they come from, or their iwi [tribes], but I think of them as my ancestors, as my elders,” Mamaku says. “Nobody’s ancestors deserve to be taken and to be held away from the communities and from their families.”

For Te Papa, the repatriations of all ancestors are treated the same, “whether they are a toi moko or a single finger bone,” and regardless of how they left New Zealand, Aranui says. Today, many Maori, who are descendants of both the victors and the defeated in the intertribal wars, still find this past painful. They hope the repatriation of their ancestors will restore their dignity and help reconciliation efforts between one another. For Baker, rather than fixating on Maori’s own involvement in toi moko trade as a reason to refuse repatriation, the trade’s global context needs to be considered. “It was a worldwide imperialist impulse to acquire and own even the most gruesome things in the name of winning and triumph,” she says.

In 2008, the British Museum returned nine Maori human bone fragments from its collection while denying the requests of seven toi moko. One of the arguments: The toi moko’s importance to their own communities does not outweigh their significance in educating the public on human history. When reached for comment, a British Museum spokesperson referred to a page on its website that documents the repatriation negotiation. It shows that at one point during the negotiation, the British Museum offered to return the remains as a loan, which Te Papa rejected. 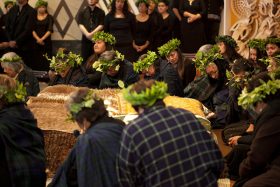 The New Zealand government mandates repatriation with goodwill and mutual agreements. This results in a prolonged process, with claims often dragging on for years, if not decades. Mamaku says that there was a time when European and American museums were simply not prepared to have conversations about repatriation, worried about the precedent it would set for other mortal remains and artifacts in their collections, many of which are entangled with colonial history. Often, multiple stars need to align for a claim to move forward, which includes the country’s political climate in dealing with its colonial legacy, the directorship of the museum, and whether the institution has policies in place on the issue. “We’re very patient,” Mamaku says. “We make multiple claims and requests throughout the year [in case] particular institutions or bodies of government need a little more time.”

But there are signs of change. “Over the last 10 years there has been a very deliberate, introspective look that museums have made towards decolonizing the collections,” Mamaku says. On the forefront are museums in Germany, where social activism in recent years has pushed the country’s much-ignored colonial past into public debates. According to Mamaku, the return of more than 90 percent of the Maori and Moriori ancestors held in German museums happened within the last three to four years. That’s thanks to a guideline published by the German Museum Associations on the care of human remains in 2013 and another one in 2015 by the Prussian Culture Heritage Foundation (SPK), which still holds thousands of human remains in its collection. Many of the remains were collected from former German colonies for research to prove the racial superiority of white Europeans.

The two toi moko repatriations this year from the Ethnological Museum Berlin-Dahlem, which is overseen by the SPK, were realized quickly despite the COVID-19 pandemic. “It is my hope that by returning these ancestors to New Zealand we have established a basis for future projects and a deeper understanding of our common past,” says Dorothea Deterts, a curator at the Berlin museum in charge of the repatriation collaboration with Te Papa. While in the German collection, the two Maori ancestors were known only by their identification numbers: VI 2559 and VI 23649. From the 1970s to 1980s, VI 2559 sat in a display case showing the culture of New Zealand in a permanent exhibition about Oceania. VI 23659 escaped the humiliation. 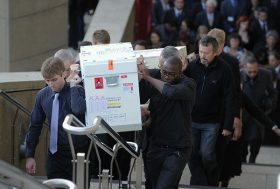 In 2019, Te Papa repatriated 109 Maori and Moriori remains from the Berlin Museum of Medical History at the Charité, the oldest hospital in Berlin. When the museum received the request from New Zealand to provide details of their ancestors, the staff was surprised by how few records Charité had, according to Thomas Schnalke, the museum’s director. To find out more about the remains, the museum embarked on a years-long journey. Historians searched the lines of letters and diaries of collectors. Little useful information was uncovered. But then, anthropological exams revealed something damning—the Maori men and women in its collection did not seem to have died from execution and had signs of being buried in the earth for a long time. “It’s highly, highly likely that grave robberies took place in the situation,” Schnalke says.

While some opponents of repatriation believe that returning remains from scientific institutions will hinder scientific development, Schnalke says the collections will not suffer by losing the colonial pieces. “There are so many archaeological human remains from our very own origin that are not disputed,” he says.

Once the ancestors are returned to Te Papa, the museum will only serve as a temporary sanctuary before further research identifies their descendants or place of origin for return. According to them, museums have no right to categorize and keep human beings. “Museums are in the business of objects and telling stories of objects that originate from communities,” says Mamaku, who is confident that it’s only a matter of time before the attitude of all museums shifts. This year, the program was surprised by a European institution’s acceptance of a claim, filed 20 years ago. “We never thought it would ever be approved,” he says. “There’ll be a point in time when particular institutions are left being the lone voices among the chorus of singing songs, rejoicing, and unity. Eventually, those dissenting voices will see that there isn’t anything wrong with [acknowledging] these ancestors not as objects, but as people.”