You are here: Home » Articles filed under: 'News' » Article: 'Too few women in science'

Too few women in science 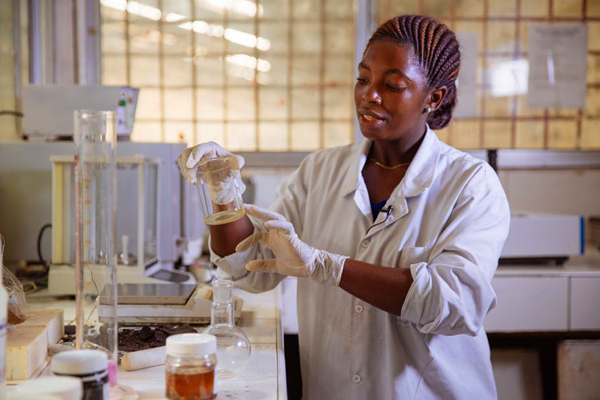 Dorothy Ngila & Nelius Boshoff, Too few women in science: why academies are part of the problem, The Conversation, 5 October 2017

Women’s role in science has been hotly debated and discussed in recent decades. Policy-oriented and scholarly studies have explored a range of topics on the issue. From girls’ participation in science, technology, engineering and mathematics (STEM); to how women are represented and perform in STEM occupations and women’s access to technologies – it’s all been studied.

But only one study has examined women’s representation and participation in national science academies. This silence is ironic. These academies honour scientific excellence and synthesise scientific findings to support evidence-based policymaking. This means they are well placed to contribute towards strengthening their countries’ national innovation systems. They can advocate to get more girls and women participating in STEM, and advise on system-wide application of the gender lens in research and innovation.

So one of the first steps, surely, would be for academies to address their own gender gaps. But there’s a data problem. Academies simply don’t know how they’re doing when it comes to the representation of women compared to their counterparts within the science-policy environment. So they’re unable to monitor their progress.

That’s why the Academy of Science of South Africa (ASSAf) and the InterAmerican Network of Academies of Sciences embarked on a study to collect baseline data about women’s representation in the membership and governance structures of national science academies. We chose academies affiliated with the academy international umbrella body, the InterAcademy Partnership. It represents more than 110 national academies of science in both the global North and South.

A common message emerged from our research: with one or two notable exceptions, women are massively underrepresented in national science academies compared to their male peers.

Women in the minority

The information was gathered through two separate but related online surveys during 2014 and 2015.

The InterAmerican Network of Academies of Sciences surveyed the partnership’s 19 national science academies in North America, Latin America and the Caribbean. The South African academy surveyed 84 academies in the other world regions: Africa, the Middle East and Central Asia, South Asia, South East Asia and the Pacific, Western and Northern Europe, South Eastern Europe and Central and Eastern Europe.

There was a response rate of 63%: 65 of the InterAcademy Partnership’s 103 national academics provided us with data. A full table of the data is available in this article published in the South African Journal of Science.

The Cuban Academy of Sciences (27%) and the Caribbean Academy of Sciences (26%) had the highest representation of women in their membership. A “member” was taken to mean any person elected into the academy. The national science academies of Mexico, Nicaragua, Peru, Uruguay, Honduras and Canada also featured on the list of the top 10 academies with the largest shares of women members – between 16% and 23%.

In Africa, meanwhile, women comprise on average 10% of academy members. Academy of Science of South Africa is the only academy on the continent that ranks among the top five organisations for women membership (24%). The Uganda National Academy of Sciences was second in Africa (13%), followed by the academies of Ghana and Cameroon (both 11%).

The average share of women members, across all 63 national science academies that responded, is 12%.

Interestingly, women fared better when it came to national science academies’ governing bodies. Here the average was 20%. In Africa, the Academy of Science of South Africa recorded the largest share of women in academy governance (31%).

It’s not clear why and at this stage we can only speculate about possible reasons. For instance, there could be a general recognition among academies that women need greater representation. A logical first step would be to include those already elected into the academy in the governing body. An equally plausible hypothesis is that women volunteer their time more readily.

The Academy of Science of South Africa arm of the survey also asked whether academies had either a committee to address gender or diversity issues, or at least someone to advise on them. The answer was “no” from 61% of academies. A third – typically academies with a larger share of women in their membership, specifically in North and Latin America – had a dedicated committee. The remaining 6% of academies relied on individuals’ input and guidance.

We would have liked to obtain more data. But we believe the number and spread of participating academies provide a good base for future surveys. Based on the data, we propose several recommendations for the InterAcademy Partnership and its affiliated academies.

First, member academies should annually collect, analyse and report gender-disaggregated data. This should then be published in the partnership’s annual report. The document can then be used to discuss the gender dimensions of its membership activities. It’s also important for member academies to establish permanent organisational structures related to gender. These can provide strategic direction and implement the academy’s gender mainstreaming activities.

Several aspects of women’s representation in science weren’t explored in this study. How much of a role does unconscious bias play in academies’ election or selection as members? Are the criteria for membership limiting women’s chances? What about socio-cultural aspects? Many cultures have male and female work spheres, confine girls to less valued “women’s work” and underestimate women’s intellectual and technological capacities.

This bias can be replicated in the processes of nomination, evaluation and selection of women and men, for example, for research grants, fellowships, prizes, key aspects that contribute to building the scientific excellence that is associated with honorific recognition of an individual by an academy of science.

These are important questions and issues. Further qualitative research will help to engage the unsettling narrative which emerged from the data in our study.

*Authors’ note: We would like to acknowledge the work of the Organisation for Women in Science for the Developing World, one of our partners on this project.