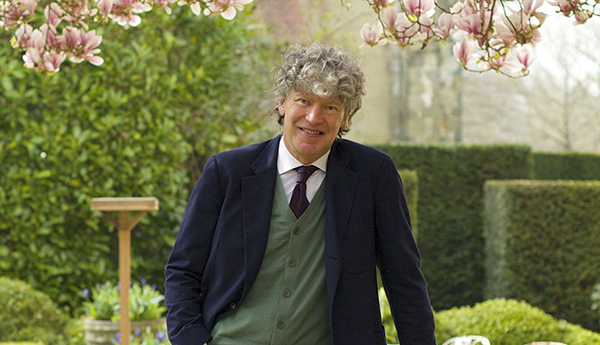 Tim Parker has stepped down as the chair of the UK conservation body National Trust reportedly following a revolt among its members over the charity’s so-called “woke” policies. Parker was appointed in 2014 and has served two three-year terms. But a motion of no confidence in Parker was due to be tabled at the trust’s annual general meeting by 50 members, who called for “fresh leadership” of the organisation.

The rebellion was sparked by a grassroots organisation called Restore Trust following the publication of a report last September about the links between the National Trust’s properties, and Britain’s colonial history, focusing on slavery. The 115-page document singled out 93 estates including Chartwell in Kent, the home of Winston Churchill.

Restore Trust told the Telegraph: “Unnecessary controversies have threatened to undermine the charity’s simple duty to promote public enjoyment of buildings, places and chattels under its protection.”

Earlier this year, the trust was cleared of claims that it breached charity law by publishing the report examining the colonial history of the properties in its care. The Charity Commission, the government’s regulator of registered charities in England and Wales, said on 11 March that it found “no grounds for regulatory action” against the trust.

In February, the UK culture secretary Oliver Dowden held a roundtable meeting with museums and heritage bodies, including the National Trust, to tell them to “defend our culture and history from the noisy minority of activists constantly trying to do Britain down”. Last September, Dowden wrote a letter to cultural institutions directly funded by the Department for Digital, Culture, Media & Sport setting out the government’s policy to contextualise problematic public statues or historical objects rather than removing them from display.

In a statement posted online, the National Trust said that the appointment of Parker’s successor will be made by the National Trust council; the role of chair is unpaid. “The search for Tim’s successor had begun before the pandemic arrived, but was halted to provide stability to the organisation. It will now resume,” the trust says.

Parker leaves the post in October; during his tenure, membership grew from 4.2 million in 2014 to almost six million last year. “Despite the financial challenges it faced, the National Trust has retained all the places and collections in its care for public access [during the pandemic],” the trust adds.

The Art Newspaper understands also that some members are unhappy at the loss of almost 1,300 jobs at the trust. Last October, the trust announced plans to cut more than 1,000 jobs after the biggest redundancy consultation process in the 125-year history of the charity. The trust says that 514 compulsory redundancies and 782 voluntary redundancies would help make savings of around £100m in the wake of the coronavirus pandemic. “It is also a matter of management,” said one member who preferred to remain anonymous.

UPDATE (30 May): Corinne Fowler, the lead author of the National Trust report on the Colonial Countryside, wrote on Twitter: “Chair Tim Parker stepped down after two terms [and] actually served an extra year. The National Trust reported 50K new members in April who are clearly not running from the ‘wokerati’!”