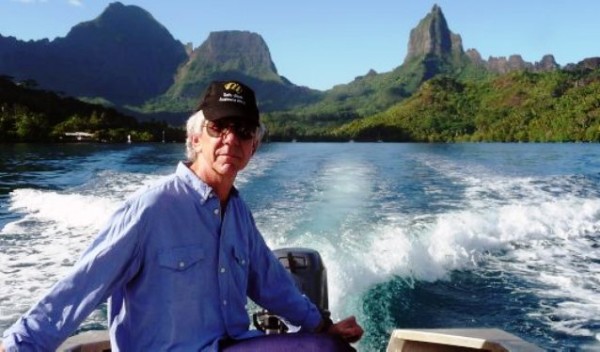 The 2015 Robert H. Gibbs, Jr. Memorial Award has been presented to AMRI Senior Fellow Dr Jeff Leis in recognition of his enormous body of work on larval fishes and fish systematics.

The Robert H. Gibbs, Jr. Memorial Award is presented by the American Society of Ichthyologists and Herpetologists. Each year the award is presented to a citizen of a Western Hemisphere nation for an outstanding body of published work in systematic ichthyology. “I am extremely honoured” said Jeff, “this award from one’s peers is the one that means the most”.

To date, Jeff has published 135 peer-reviewed publications over 42 years, many of which focus on larval fishes. More than 50 of these publications are systematic in nature, while others cover fish distribution, dispersal, biogeography, behavior, development, community assembly, sensory biology and functional morphology.

Hailing from the US, Jeff spent the majority of his scientific career at the Australian Museum (and is now a dual citizen). In addition to his scientific publications, Jeff is known for his courses and workshops in larval fish identification, serving on numerous advisory boards for governments, NGOs and journals, and his mentoring of graduate students.