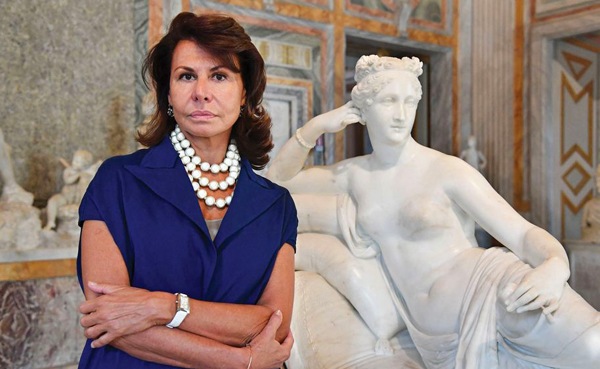 The director of the Galleria Borghese in Rome has been suspended without pay for leaving the office.

You can raise millions for your museum, but you cannot go to the gym. This seems to be the sobering lesson to have emerged from the latest shocking tale of bureaucratic ineptitude in Italy.

Anna Coliva, the well-respected director of Rome’s Galleria Borghese, one of Italy’s top museums, is to stand trial on charges of absenteeism and defrauding the public purse. The decision was taken by a judge at a hearing in Rome and, following the ruling, the Italian ministry of culture suspended Coliva without pay earlier this month.

The action was taken just weeks after the closure of a major, critically acclaimed survey of Bernini’s sculptures at the Galleria Borghese, co-organised by Coliva, which generated €2.5m for the institution.

The investigation into Coliva began in 2014, when the ministry of culture received an anonymous letter suggesting that she was frequently absent from her office. As part of the probe, the museum director was secretly followed for two weeks to collect evidence, which allegedly shows that, on occasion, she would punch in to work before leaving to visit the gym. In total, she was absent from the museum for 41 hours over 12 days, according to evidence reviewed in court. At a hearing, Coliva said that the overtime she had worked more than made up for her absences and that when she left the office, it was usually on museum-related business.

According to sources close to the museum, the allegations against Coliva were made by a warder who was disciplined for touting tickets to a popular exhibition at the Galleria Borghese.

Coliva’s lawyer, Alessandro Diddi, told reporters that he is “astonished” that the case will proceed to trial, and that there should be no requirement for public officials of Coliva’s standing to sign in to work every morning.

In a letter in her defence seen by The Art Newspaper, Anna Lo Bianco, the former director of the Palazzo Barberini, said that the ministry’s decision to suspend Coliva before she has had the opportunity to clear her name in court could cause “irreparable damage” to her reputation and that of the Galleria Borghese. Under Coliva’s direction, the quality of exhibitions and programming at the museum “has not been equalled by any other institution in Italy”, she added.