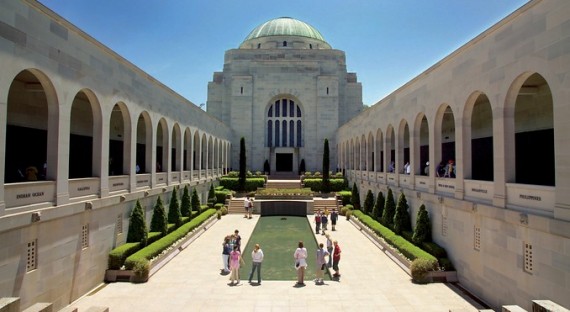 NEED a dose of culture or an educational outing for the kids these holidays?

Australia’s top museums have been revealed in the latest Travellers’ Choice Awards, as voted by reviewers on TripAdvisor.

So where are the nation’s must-see museums?

Melbourne lives up to its reputation as the capital of culture, dominating the top 10 list.

The National Gallery of Victoria was rated No.1, with Melbourne Museum at No.3 and the city’s Shrine of Remembrance at No.5.

Among rave reviews posted on the site, Gregory D of NSW describes the NGV as “without a doubt one of the world’s great galleries”.

“I was absolutely blown away by this gallery, it at least rivals and in many cases exceeds, other world galleries I have visited,” reviewer WetCoast1 of Vancouver wrote.

Tasmania’s MONA ranked as the nation’s second-best museum experience, while Canberra and Darwin each scored two entries in the list.

Sydney earned one entry, as did WA, but Queensland and Adelaide were absent from the top 10.

Earlier this year, the Australian War Memorial in Canberra was rated among the world’s top 20 landmarks according to TripAdvisor’s reviewers.

The top ten list as voted by TripAdvisor reviewers in the 2014 Travellers’ Choice Awards are:

6.  Museum and Art Gallery of the Northern Territory, Darwin