You are here: Home » Articles filed under: 'News' » Article: 'Tourism – as an inability to sit quietly?'

Tourism – as an inability to sit quietly? 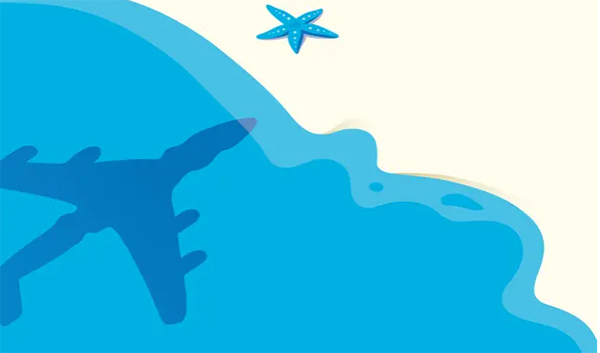 Stuart Jeffries, The big idea: is tourism bad for us?, The Guardian, 7 March 2022

Wanderlust may be surging once more – but will travel really help us find what we’re looking for?

In 2019, the United Nations World Tourism Organization reported that international travel had increased to a record 1.4 billion tourist arrivals. It predicted a 3% to 4% annual increase in coming years. That didn’t happen, of course. At the end of 2021, international tourist arrivals were 72% below pre-pandemic levels with 1 billion fewer arrivals than two years earlier.

This is despite airlines’ ingenuity. During Australian lockdown, Qantas organised flights to nowhere: one left Sydney for a fly-by tour of Byron Bay and the Gold Coast, the Great Barrier Reef and Uluru; another in May last year took passengers to 43,000ft to see the blood-red supermoon.

According to UNWTO’s executive director, Zoritsa Urosevic, tourism has been the sector hit hardest by Covid-19 and, while countries such as China were able to switch to domestic tourism, smaller nations such as Fiji, where tourism represents between 40% and 70% of GDP, fared far worse. The pandemic put an estimated 120m tourism jobs at risk.

The organisation reckons that by 2024 international tourism will have returned to pre-pandemic levels. Surely that is a good thing. “There hasn’t been a war in Europe for 50 years because they’re all too busy flying on Ryanair,” the airline’s Michael O’Leary once told me. “I should get the Nobel peace prize – screw Bono.”

If Covid’s impact ameliorates as hoped, it will be replaced by a new virus – wanderlust. Millennials, according to one survey, would rather travel than have sex – and not only because they’re probably doing the latter wrong.

Great Britain’s tourist board, VisitBritain, makes a strong economic case for tourism: its impact is amplified through the economy because for every £1,000 generated in direct tourism, a further £1,800 arises thanks to supply chain and consumer spending. In that context, it is not just our pleasure but our duty to help out Britain’s beleaguered Basil Fawltys and their Fijian equivalents. 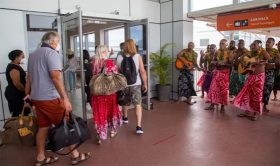 But the value of tourism, like sex, depends on how you do it. Cruise ships generate 21,000 gallons of sewage per day per vessel, much of it ending up in the sea. In 2019, transport-related emissions from tourism were responsible for 5% of human-made global carbon dioxide emissions, according to UNWTO.

The planet-despoiling propensities of tourism were poignantly captured in the New York Times’s list of 52 Places to Visit in 2020. One of them, Louisiana’s Grand Isle, faces one of the world’s highest rates of relative sea level rise. “Does a place appear more hauntingly beautiful when you know it’s disappearing?” asked the NYT’s writer, seemingly unaware that encouraging tourism to the seven mile long barrier island might hasten its vanishing into the Gulf of Mexico. Another entry suggested that “with that mile-thick ice sheet melting fast, and two new international airports slated to open in 2023, the time to explore an untrammelled, intact Greenland is now”.

True, sustainable tourism is a growing phenomenon but, arguably, it heals the planet only in the way putting a plaster over a gunshot wound does. Ecotourism in 2019 represented just over 2% of the whole sector: the former was valued at $181.1bn (£133bn), while in the same year tourism as a whole was worth nearly $9tn, according to the World Travel & Tourism Council.

Furthermore, there are discrepancies between what tourists say and what they do. According to a recent survey by Elegant Resorts, 99% of the luxury operator’s customers said sustainable travel was important to them. But the company also noted that there had been a huge increase in inquiries about private jets, perhaps prompted by grisly airport and in-flight experiences.

Increasingly, we travel not to decentre our worldviews, but to chillax and populate our Instagrams

Less well established is what tourism risks doing, not to balances of payments and the planet, but to our souls. Today, in what Marshall McLuhan called our global village, tourism is not what it was. Food from around the world can be brought to your door, and you can engage in all kinds of cultural appropriation and virtual tourism without leaving the comfort of your home. Microsoft’s slogan, “Where do you want to go today?”, typifies how practically all human activity takes place in a hyperculture in which the world has been reduced to goods in a supermarket of experiences, all readily consumable and disposable. In that context, tourism risks not so much broadening the mind as narrowing it.

This, at least, is the suggestion of a newly translated book called Hyperculture. In it, the Korean-German philosopher Byung-Chul Han argues there is no longer any real difference between indigenous and foreign, near and far. Travel used to uproot us valuably from our own soil and confront us with the other. Consider what made pilgrims put on their travelling shoes. “He or she is not completely at home Here, and so goes to a special There,” he writes. The first tourists, Han suggests, were similar to pilgrims in that they were seeking the mind-expanding shock of the new.

What makes today’s tourists different from previous travellers, Han says, is that globalisation creates what he calls a “global Here by de-distancing and de-siting the There”. We don’t really go from Here to There when we travel any more, he argues. We are 21st-century J Alfred Prufrocks. While TS Eliot’s Prufrock measured out his life in coffee spoons, today’s hypercultural tourists can map their holidays through visits to identikit Starbucks in ostensibly exotic locales. Tourism is attractive because it underwrites a desire that, when we go overseas, stuff doesn’t get too strange, risky or foreign. Increasingly, we travel not to decentre our worldviews or challenge our sensibilities, but to chillax and populate our Instagrams.

In Human, All Too Human, Friedrich Nietzsche foresaw today’s itchy feet: “The less men are bound by their tradition, the greater the internal stirring of motives; the greater, accordingly, the external unrest, the whirling flow of men, the polyphony of strivings.”

As fear of Covid fades, air miles are likely to be racked up exponentially. The impulse to seek new horizons is understandable after so long cooped up – but as we queue miserably in non-EU lines to fly to social-media friendly destinations, will we really be rewarded with what we’re presumably seeking: reinvigoration, and a change of mind?

Nature, too, which has been recuperating from the impact of humanity’s carbon footprint for two years, is poised to be despoiled anew. French philosopher Blaise Pascal wrote: “All of humanity’s problems stem from man’s inability to sit quietly in a room alone.” He had a point.