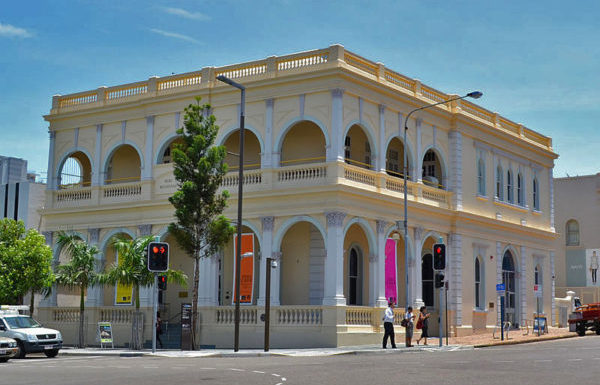 The Council of Australian Art Museum Directors (CAAMD) has weighed into the short sighted decision by Townsville City Council (TCC) to dump the role of a curator from running its two public art galleries and replacing the role with council workers who will be charged with running the city’s sports facilities and libraries and galleries.

In its report outlining its outsourcing push the TCC revealed its priorities by describing its civic responsibilities as “undertaking multiple activities that are offered externally — eg. cemeteries, events, museums, galleries, waste services, etc”.

Last week the directors of every state gallery, as well as Gerard Vaughan the director of the National Gallery of Australia in Canberra, wrote to the Mayor of Townsville, Jenny Hill, to register “in the strongest terms” that the cost-cutting exercise will be likely to “jeopardise the Perc Tucker and Pinnacle galleries good standing in the local and wider community”. The restructure was recommended by management consultants, Nous Group.

The CAAMD wrote on October 20: “This is already evident in the public withdrawal of support from Philip Bacon, one of Australia’s most influential gallerists and philanthropists (who sits on the board of the Gordon Darling Foundation, which recently made several generous grants to the Perc Tucker). It is further seen in Brian Abel’s withdrawal of a $3.8 million promised gift of works by internationally renowned artist Ian Fairweather. We believe that the serious loss of confidence in the gallery’s future, expressed by Mr Bacon and Mr Able will have a significant impact on the Perc Tucker’s ability to secure major donations, grants and gifts into the future”.