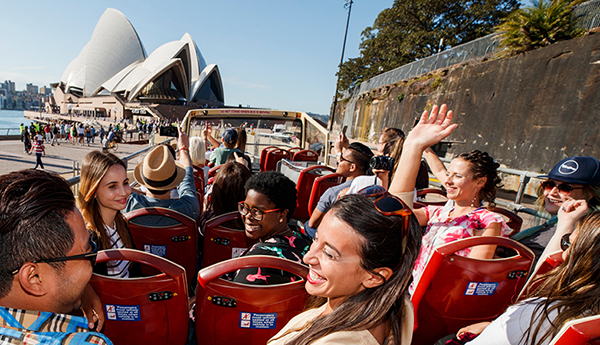 Australia continued to see record numbers of international visitors over the year to June 2019. There were 8.6 million visitor arrivals, 3% more than the previous year. This supported strong growth of 5% in total trip spend, which reached a record $44.6 billion.

This report describes the impact of digital technologies, and the opportunities and challenges they present to the tourism industry.

New technologies have the potential to enhance and challenge sectors of the tourism industry, changing the way operators target travellers, disrupting existing service offerings and forcing a re-imagining of the visitor experience and the end-to-end visitor journey.

The accommodation and aviation sectors have already experienced significant disruption from digital technology. The next wave of disruption is expected to impact the shopping,  tours and food and beverage sectors, through growth in  the sharing economy, emerging payments platforms, and augmented reality (AR) and virtual reality (VR).