You are here: Home » Articles filed under: 'News' » Article: 'Trailblazers' 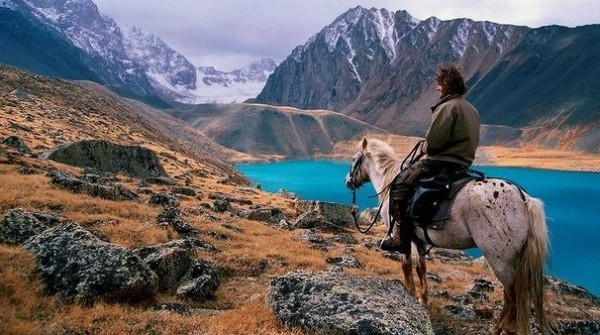 Tim Cope, who travelled 10,000 kilometres on horseback from Mongolia to Hungary, is one of 50 explorers featured in the Australian Museum’s Trailblazers exhibition. Photo: Tim Cope.

A three-year, 10,000-kilometre journey on horseback from Mongolia to Europe would leave even the hardiest of adventurers saddle-sore.

But Tim Cope says he had greater concerns than his haunches during his three-year epic journey following the trail of Genghis Khan.

“If I had a sore bum that was the least of my worries,” Cope says. “I was more worried about keeping my horses away from thieves, wolves and avoiding injury.”

Cope also faced labyrinthine bureaucracy during his journey, which he began in June 2004, through the former Soviet Union with three horses and his dog Tigon.

“It was massive, mostly because no one’s trying to cross a border with a horse these days,” he says. “As an Australian, there was often suspicion that I was a spy or a horse rustler or a vodka trader.”

However, Cope says he was also greeted with immense hospitality by the people he encountered, such as a family in remote Kazakhstan during the height of summer.

“They took me into their underground hut to keep cool and kept me going with fermented camel’s milk and took the horses off to water,” he says. “I was genuinely treated like a long lost son.”

Cope is one of the explorers featured in the Australian Museum‘s new exhibition, Trailblazers: Australia’s 50 Greatest Explorers.