You are here: Home » Articles filed under: 'News' » Article: 'Treasures of Dutch Explorers' 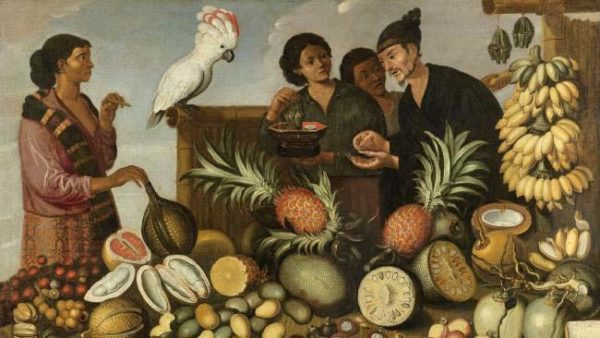 ‘A small, intimate ocean” seems an odd description for the world’s third largest water mass, covering 70.5 million square kilometres. But that’s how US author Robert Kaplan characterised the Indian Ocean in his rapturous writings about the body of water bounded by Asia on the north, Africa on the west, Australia on the east, and on the south by the Southern Ocean and Antarctica. The Indian Ocean’s great gift to humanity is its reliable winds, says Kaplan. They underpin a predictable weather system on which early ship captains could rely, winds that — like clockwork — reverse every six months to blow in the opposite direction.

From antiquity onwards, he said, sailors could reliably predict wind direction and how long it would take to get from one place to the other. “The Indian Ocean did not have to wait for steamships like the Atlantic and Pacific. So although it stretches thousands of miles across from the Horn of Africa to Indonesia, from Australia to South Africa, it’s a small intimate ocean.”

Kaplan’s words are instructive when contemplating Travellers and Traders in the Indian Ocean World, a new exhibition at the Western Australian Maritime Museum in Fremantle. Many of the 100 objects on display owe their fate to the winds that carried them halfway around the world. Co-curated by the WA Museum and the British Museum, this exhibition is timed to celebrate Western Australia’s unique connection to 400 years of Dutch exploration in the Indian Ocean region.