You are here: Home » Articles filed under: 'News' » Article: 'Tristam Hunt on pandemic & the limitations'

Tristam Hunt on pandemic & the limitations 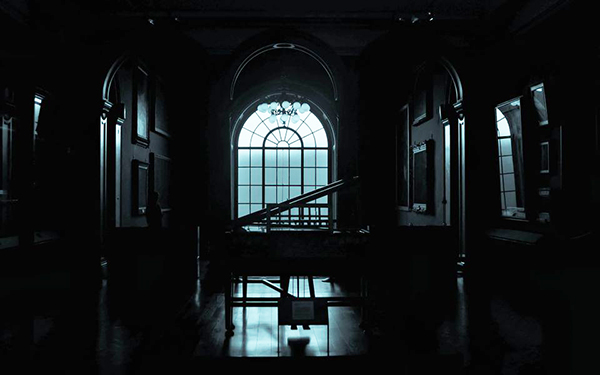 Tristram Hunt: ‘When the lights come back on, our museums will need support’, The Art Newspaper, 30 March 2020

What coronavirus is really forcing us to address is the societal function and justification for public culture in the 21st century, says the Victoria and Albert Museum’s director.

“We are closing. Stay safe.” “Tomorrow we close. Good luck.” The trickle of emails soon became a flood as member after member of the Bizot Group of international lending museums announced their closure. As Philip Dodd reminded us, the corona crisis first hit colleagues in China but has now turned the lights off across museums the world over.

In barely a matter of days, this period of unprecedented, peacetime lockdown has already exposed a revealing array of tensions—from labour relations to commercial models to an understanding of what “essential” work really means. But beyond the nitty-gritty of estate security, what Coronavirus (Covid-19 ) is really forcing us to address is the societal function and public justification for public culture in the 21st century. And the actions of government in response to the crisis will need to be much bolder.

Among the last of the Bizot emails to announce closure was Gabriele Finaldi, director of the National Gallery in London, who reflected in frustration how Trafalgar Square had managed to stay open even during the Second World War. It is a tale we enjoy telling. In January 1942, during the darkest days of the Blitz, when the National Gallery’s pictures were secretly buried in countryside drops, a letter appeared in the Times. “Because London’s face is scarred and bruised these days, we need more than ever to see beautiful things,” the correspondent wrote. “I would welcome the opportunity of seeing a few of the nation’s hundreds of masterpieces now stored in a safe place. I know the risk, but I believe it would be worth it.” And so, an Old Master a month came to the National, and so too did the British public. Trafalgar Square became a place of refuge and mutual belonging as the bombs dropped.

For this is among the most crippling aspects of the Covid-19 outbreak. The role that museums are so keen to provide—of human contact, reflection, communal space, hope— have been blocked by closure. That civic leadership is needed more than ever. For even if this global pandemic has exposed just how interconnected the world is, the political fall-out promises more populist nationalism. When politicians talk about foreign viruses, the outcomes are ethnic scapegoats, sealed borders, chauvinism and authoritarianism. It is a reactionary cocktail that museums and galleries—with their accounts of multiculturalism, interdependence and exchange—are innately opposed to.

However, what the pandemic has also brought into focus is the limitations of a neo-liberal arts model. The commercialisation of public culture in the Anglo-American landscape over the past two decades has now exposed many national collections to all the vagaries of the free market. The New York Met has announced it is forecasting a $100m loss. By contrast, in Germany, the culture minister Monika Grütters, has spoken of “the massive burden for the cultural and creative sectors” and has promised federal government support for artists and cultural venues. “I won’t leave you in the lurch.”

In the UK, the absence of entrance fees to the nationals and the retreat of public funding has of necessity produced a highly commercial ethos. So, the last month’s devastating collapse of the market for retail, licensing, parties, filming, exhibition touring and membership will see multi-million-pound deficits swiftly rack up. More than that, the museum world underpins an important creative ecology of set-makers, lighting producers and designer-makers whose livelihoods are going to be impacted horribly. It is always worth restating that the creative industries contribute some £112bn a year to the UK economy.

To assist the sector, the Museums Association has called for the scrapping of the £120m Festival of Britain (previously the Brexit Festival) planned for 2022. The Arts Council has promised to support their portfolio organisations. The BBC has suddenly come back into vogue among formerly critical conservative politicians, as it provides exactly the programming and online resources a national broadcaster should do during a social crisis.

But I think we need more than that: politicians should now give a clear account of how culture and collections fit within our public sphere and why they should be supported by public funds. Not because we are more important than critical care beds, but because when the virus finally dissipates, citizens will want to know that their collections are safe and that they can return to the V&A or the São Paolo Museum of Art and see objects of profound importance to their sense of self. In the words of Gong Yan, director of the Power Station of Art in Shanghai: “Art is by no means a vaccine, but it gives people hope.”

As a museum director, moments like this make you appreciate your key function is one of custodianship: the safeguarding of wondrous artefacts embedded with meaning and handing them on, with accumulated understandings, to the next generation. That role needs vocal support and financial assistance from the state if we are going to rebuild, after the pandemic, the social ties that museums and galleries help to bind. For the emails we are all hoping to exchange in a few months’ time will read: “I hope you and your family are well. We reopen on Monday.”

Tristram Hunt is the director of the Victoria and Albert Museum, London