You are here: Home » Articles filed under: 'News' » Article: 'Trust in Australia’s democracy at new low' 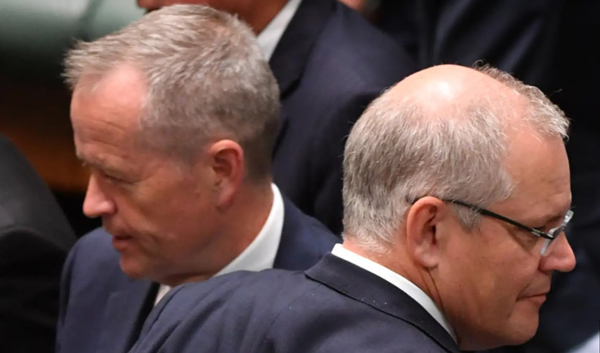 Tony Wright, Portrait of a dismal day in Parliament as trust in democracy melts, The Sydney Morning Herald, 7 December 2018

As Scott Morrison waded into the final agonised day of the 2018 parliamentary year, he needed something – anything – that could be portrayed as a success, or even a hint that his government still had breath in it.

In the three months since the Liberal Party’s latest leadership paroxysm had dispensed with Malcolm Turnbull and installed Morrison as prime minister, the government had whirled in a state of sustained chaos.

Liberal Party MPs, hollow-eyed and exhausted, were openly talking about how they would deal with life in opposition, or in civilian street if they lost their seats.

The few old hands left among observers in Parliament House had taken to agreeing that you’d need to go back to the last days of the Whitlam government to find a comparable period of political frenzy.

“You’d come in to Parliament back then thinking ‘what else could possibly go wrong’, and that’s what is happening again now,” said Fairfax columnist Tony Walker, who worked with the ABC during the Whitlam period. “The only combustible ingredient that is missing now, of course, is the old Non-Members Bar.”

It was not a good time for a government to be soberly preparing for an election within six months.

A major survey released during the week – a joint effort by the Museum of Australian Democracy and the Institute for Governance and Policy Analysis at the University of Canberra – reported that public satisfaction with the way democracy works in Australia had fallen off a cliff, and only one in three voters now trusted the federal government.

Called Trust and Democracy in Australia, the survey of 1021 people shows a precipitous plunge in political trust over the past few years.

Conservatives and progressives are so split on ideology, policy and personality that they are barely on speaking terms.

As opposing interventions by both Morrison and an angry Turnbull over the preselection of hardline NSW Liberal backbencher Craig Kelly showed during the week, some Liberals were actively working to end others’ political careers.

And here, on the very last day of the parliamentary year, with the long summer break about to close the shutters on the chance of a revival and only a few parliamentary days scheduled next year before a May election, the very survival of his divided government was at stake.

Morrison, decried by detractors as a marketing man, pressed the “everything must go” button.

He would, he shouted into the first press conference of the Canberra morning, use “every tactic and tool”available to him to stop the passage of a bill that would compel ministers to take more notice of doctors in approving medical transfers of sick refugees from Manus Island and Nauru.

“I mean, seriously guys, let the scales fall from your eyes,” said Morrison, seeking desperately to switch the argument from the imperative of granting doctors more responsibility for medical decisions.

He wanted to sell the idea that opposition leader Bill Shorten, in supporting such a thing, was a danger to national security. It would restart the flow of boat-borne asylum seekers, some of whom could be terrorists, he propounded.

“This is not about politics,” Morrison declared.

It was a huge stretch of logic.

The Morrison government itself had already been forced by the epidemic of mental and other illnesses among offshore refugees to approve the evacuation of most children and their families from Nauru, with no consequential renewal of people smuggling or danger to national security.

And yet, before the day was out, Morrison had rattled Shorten so badly that Labor felt it had no choice but to capitulate on genuine “national security” legislation, giving Morrison the merest of last-minute reprieves few had imagined might come his way.

It wasn’t the one dealing with doctors and asylum seekers, however.

Nor was it the “big stick” the government had promised to wave at energy companies which it had argued was needed to stop power retailers and generators jacking up the price of electricity.

Morrison, using the bluntest of tactics, managed to run down the clock and closed the House of Representatives before the medical transfers legislation could be voted upon.

That tactic meant sacrificing the promised “big stick” to save put-upon householders from higher power bills, too. No time.