You are here: Home » Articles filed under: 'News' » Article: 'Truth-telling and how cultural repatriation'

Truth-telling and how cultural repatriation

Jai McAllister, Truth-telling and how cultural repatriation is fundamental to the reconciliation process, ABC News, 27 May 202

The colonial practice of removing Indigenous remains and sacred objects proved a traumatic experience for First Nations people and their communities.

Now, as a process of truth-telling attempts to detail its transgenerational impact, experts are calling for a greater focus on repatriation and its place within the reconciliation process.

“It’s very important because Aboriginal people have been objecting to the removal of their ancestors and family members for many years,” said Lyndon Ormond-Parker, honorary senior lecturer at Australian National University.

“So the repatriation process means that it’s also part of the healing process.”

For more than 150 years, Aboriginal and Torres Strait Islander ancestral remains and sacred objects were removed from their communities and placed in museums, universities and private collections across Australia and overseas.

For more than 150 years, Aboriginal and Torres Strait Islander ancestral remains and sacred objects were removed from their communities and placed in museums, universities and private collections across Australia and overseas.

Matt Poll, curator of the Indigenous Heritage and Repatriation Project at the University of Sydney, said many of these remains were taken for the purposes of so-called scientific research.

“When you look at some of the unethical contexts in which these remains have been used over the years — racial hierarchies, even eugenics and things like that — the collection of these remains is just so hurtful on so many different levels.” 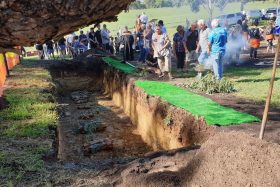 Laura McBride, director of First Nations at the Australian Museum, has observed the intergenerational impacts these practices have had on Indigenous communities.

“Often when Aboriginal and Torres Strait Islander peoples come into the museum, they’re happy to see the objects,” she said.

“But at the same time, they’re really sad that all their objects are in one large room and that they don’t have the same access to those objects as other people. 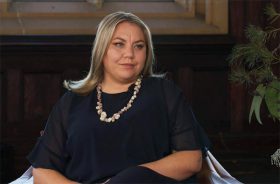 Laura McBride is leading a project to digitise and reclassify all cultural objects at the Australian Museum.(ABC: Dayvis Heyne).

An argument frequently put forward against repatriation is that keeping items within institutions allows them to be seen, protected and utilised for educational purposes.

But an increased willingness of institutions to engage with Indigenous communities has caused many to rethink how best to manage remains and objects if they cannot be repatriated.

“One of the recent projects we were doing was just allowing the community to have an interpretive layer in language or in song or in any way that they want to actually interpret these objects,” Mr Poll said.

“It seems like it’s obvious, but it’s actually quite a new thing in terms of just giving this cultural autonomy and the interpretive voice to different sections of the community, and allowing them to actually not use these objects, but sort of own them; not in the legal sense, but in a moral sense.”

Victoria is the only state — under the Victorian Aboriginal Heritage Act — which legislates for the repatriation of ancestral remains and sacred objects.

“I’d like to see that sort of legislation mirrored right across all jurisdictions, and perhaps an overarching Commonwealth piece of legislation that allows for the return of ancestors from overseas.” 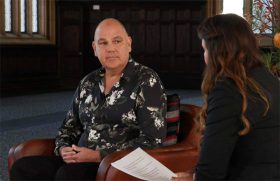 According to the Australian Institute of Aboriginal and Torres Strait Islander Studies (AIATSIS), more than 105,000 cultural items are known to be held overseas in 299 collecting institutions.

Over the past decade, the institutions have become more willing to return objects and remains to their traditional owners.

“We’ve had over 1,500 ancestors returned from overseas over the last 10 years,” Dr Ormond-Parker said.

“The Australian government policy has changed in the last 10 years to allow these programs to operate.”

Governance and ownership is also a concern among Aboriginal and Torres Strait Islander communities, and ensuring remains and objects are returned to the correct nation/group is a delicate undertaking.

“It’s a very sensitive process, and people want to pay respect and give funerary rights to the right people and re-bury them and place them in the right location,” Mr Poll said.

The Australian Museum has been trailblazing in its involvement in the repatriation process.

It has been returning objects and remains for more than 30 years — one of the first collecting institutions in New South Wales to do so.

Ms McBride is in charge of that process and says the involvement of Indigenous communities throughout all stages of the process is crucial.

“It’s important we be transparent about how many ancestors we have, and actively work with communities to tell them that we are holding ancestors from their areas, and work with them to find a way to re-bury them in a dignified way,” she said.

A growing number of First Nations men and women entering the curatorial space have seen Indigenous perspectives awarded greater acceptance, and as a result, colonial narratives of our shared history are beginning to be challenged.

The theme for Reconciliation Week this year — More Than A Word: Reconciliation Takes Action — encourages the broader community to consider the steps they can take to promote healing and unity with Aboriginal and Torres Strait Islander people.

Post-colonial Australia has often failed to consider the perspectives of First Nations people and their descendants, meaning many within the broader community may have overlooked the importance of actions such as repatriation and its place in contemporary Australia.

“The repatriation process is also about allowing and empowering Aboriginal people to tell their side of the story, because often in museum collections it’s the colonial history that’s told,” Dr Ormond-Parker said.

It is hoped that through repatriation, the cultural resurgence of First Nations peoples will continue and Aboriginal and Torres Strait Islander culture will be further respected, celebrated and valued.

As a curator, Mr Poll is playing an important role in this process and sees it as something all Australians should support.

“It’s an important function that we can do today to actually try and rectify these mistakes of the past and actually atone for some of the broader historical disadvantage that the collection of these remains represent.”

The Journey Home: Reconciliation Through Repatriation, hosted by Larissa Behrendt, is available now on iView.