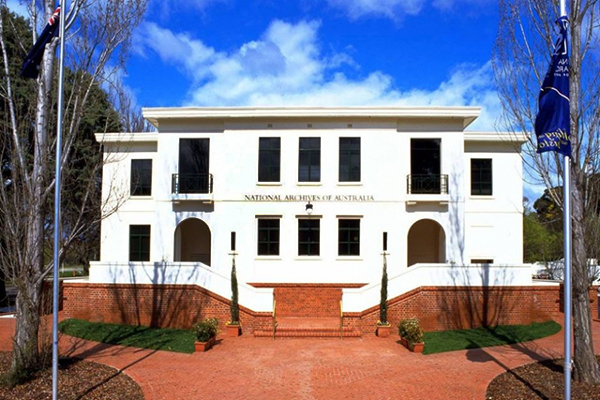 The Morrison Government has delivered a major boost to the preservation of precious and at-risk government records, with the opening of an industrial-scale digitisation hub at the National Archives of Australia, in Canberra.

The state-of-the-art facility will fast-track the digital preservation of at-risk records that are crucial to our nation’s story, making them available online for all Australians now and into the future.

“The new hub will help safeguard our collection of records – the critical information infrastructure of our nation.”

“The modern mass-digitisation hub is a key deliverable of the $67.7 million funding package the Morrison Government is providing to boost the critical functions of the National Archives.”

“The pace and volume of digitization will now increase, providing all Australians with improved access to records in the National Archives’ collection, regardless of where they live.”

Minister for International Development and the Pacific, ACT Liberal Senator Zed Seselja welcomed the new Hub, which is in the Canberra suburb of Mitchel.

“In Canberra we are proud to be home to so many of our national institutions, like the National Archives.”

“In recent years, we’ve seen significant investments in our national institutions from the Morrison Government, including the $67.7 million package to deliver this new hub, our $500 million investment in the Australian War Memorial, as well as additional funding for the Museum of Australian Democracy, the National Gallery of Australia, and the establishment of a National Holocaust Museum and the National Aboriginal and Torres Strait Islander Cultural Precinct,” Senator Seselja said.

Establishment of the Digitisation Hub follows the Tune Review recommendation to implement centralised storage and preservation of the national archival collection. The industrial-scale digitisation hub forms part of this model, and will digitise collection material relocated from across the nation into storage facilities with significantly improved preservation and digitisation capacity.

Commercial digitisation provider Micro Image will be undertaking the large-scale digitisation works from the Digitisation Hub located onsite at the National Archives’ repository.