You are here: Home » Articles filed under: 'News' » Article: 'Turnaround for Australian Museum' 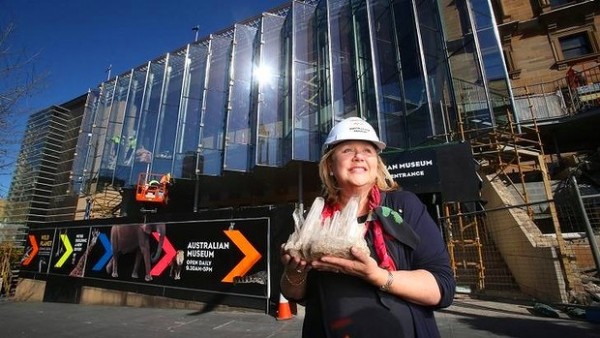 Andrew Taylor, Australian Museum in profit as it prepares to reveal a new side to the city, The Sydney Morning Herald, 3 September 2015

As it prepares to reveal a $5.9 million makeover, the Australian Museum has made a dramatic financial turnaround by posting a small annual surplus, despite cuts in government funding.

Less than 18 months into the job, director and chief executive Kim McKay has wiped out the $745,000 deficit recorded by the institution, Australia’s oldest natural history museum, in 2013-14.

“I have turned that around in the 12 months to where we will be recording a small surplus,” she said.

The Museum’s return to profit comes as builders put the final touches on its new $5.9 million entrance on William Street, which will be opened by NSW Premier Mike Baird on September 9.

The strong financial result, which will be reported in the Museum’s yet-to-be-released 2014-15 annual report, contrasts with poor results posted by other state cultural institutions including the Art Gallery of NSW and the Museum of Arts and Applied Sciences.

McKay said it was a “big turnaround in 12 months, especially with efficiency dividends imposed”.

“It has been because the staff and everyone have really gotten on board with the mission to save money but at the same time develop the Museum and transform it,” she said.