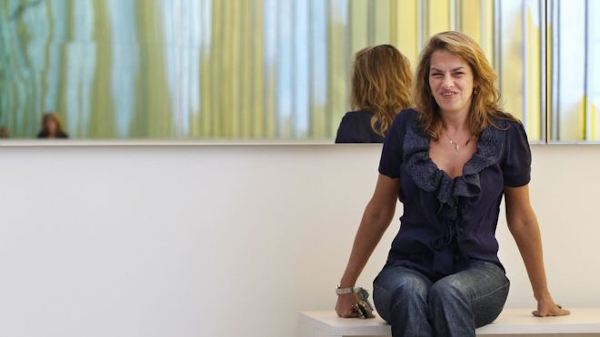 Artist Tracey Emin remembers the town was considered a “no-go zone” in the 1980s.

Margate’s £17.5m art gallery Turner Contemporary opened in 2011 with hopes it would spearhead the regeneration of one of the most deprived parts of the UK. Since then the gallery has had several hit shows and is hosting this year’s Turner Prize. But how much has it changed the surrounding town?

Tracey Emin grew up in Margate in the 1970s, when the north Kent resort was still attracting crowds of holidaymakers to its “golden mile” of sand, jellied eels, buckets and spades and Kiss Me Quick hats.

As visitors found other destinations abroad, Margate – like other seaside resorts – had fallen into sharp decline.

At its lowest ebb, it was an unloved town of boarded-up shops, deserted trains, empty streets and derelict arcades. Its theme park had closed and it was home to some of the poorest communities in the country.

Emin has never wavered in her passionate support for her hometown, believing in its beauty, its sunsets and skies. These famously also inspired the Romantic artist JMW Turner, after whom both the Turner Prize and the Turner Contemporary are named. 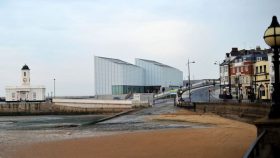 Turner Contemporary opened amid a blaze of publicity in 2011.

The brand new glass-clad Turner Contemporary opened its doors eight years ago on the seafront site of a cottage where JMW Turner had stayed.

Since those first visitors arrived, the town has undergone a transformation.

The theme park Dreamland has reopened, the quaint streets of the Old Town have filled up with quirky cafes, stylish restaurants and vintage shops, and across the town, galleries, studios and cottage industries have opened.

Rambling old houses have become desirable again and even the gardens have been smartened up.

Now Margate makes the news for its hipsters, its London cool and celebrity residents, such as The Libertines frontman Pete Doherty. 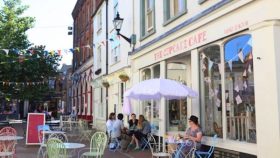 Trendy cafes are now a feature of the Old Town.

Figures show thousands of people visit the town each day.

“Now there are new restaurants, there’s a vintage theme park, there are thousands of people on the streets, people on the beaches, people on the harbour arm, people dancing, people swimming, the caves have reopened, the shell grotto has never had so many visitors, the trains are so busy you can’t get a seat,” says Emin.

But despite the success questions remain whether Margate’s regeneration is skin deep.

Dan Thompson, an artist, lives in the 1960s tower block Arlington House that overlooks the railway station and sees the crowds of visitors arriving in the town each day.

He welcomes the “fancy galleries” but says Margate still has social problems that the gallery has not improved.

“We’ve still got to make that real, deep lasting change,” he says.

Economic data bears this out. Latest figures issued last week by the Ministry of Housing, Communities and Local Government show the area around Turner Contemporary is still one of the 1% most deprived in the country.