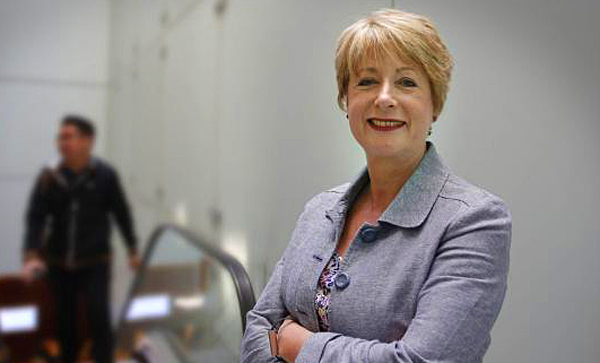 Human skills will be even more important for teachers to master, and students to learn, as artificial intelligence takes over education, according to two international ­experts.

While automated learning platforms are likely to be very ­effective in teaching students in disciplines such as maths, science, information technology, engineering and foreign ­languages, the AI systems still will lack a vital ingredient.

Professor Luckin, a speaker at last week’s symposium on ­Education for a Changing World, held by the NSW Education ­Department, said that because ­artificial intelligence lacked a deep understanding of human ­interaction this element needed to be supplied by human teachers.

Professor Luckin was responding to the view that the increasing capacity of artificial intelligence to give relevant feedback to student answers, for example, would make teachers obsolete.

Instead, she said that the ­nature of the relationship between teachers and students was likely to change.

“I think there will be a move ­towards a different sort of interaction with students, which will make more use of the uniquely human skills that lecturers have,” she said.

These include using self-knowledge and critical reflection to ­improve their teaching.

Professor Luckin said it was possible teachers would need to become more skilled, rather than less skilled, in the AI environment because they would no longer be imparting knowledge in a rigid way but would need to gain a deep understanding of their students to help them learn most effectively.

They also would need flexibility to help students to apply knowledge in class in unpredictable ways.

But she warned that computers inevitably would overtake university academics in one of their key competencies — having deep ­expert knowledge of their subject — because AI would always know more.

Another speaker at the symposium said the education system would need radical redesign.

Marc Tucker, president of the US National Centre on Education and the Economy, said that even with today’s technology, half of all jobs could be automated.

“We have to redesign our education system on the assumption those jobs will be largely gone,” he said. Nor would employers have any incentive to train workers in the developing “gig” economy.

“People will have to come from initial education fully equipped to do highly complex technical work,” he said.

He argued that education had a critical role in creating a future humans would want to live in.

He said we had to be prepared for the likelihood that artificial ­intelligence would cut jobs, create social upheaval and risk destroying democracy.

“Schooling will have to pay much more attention to moral values, to the values which will help our future citizens shape their interactions with the new machines and each other,” he said.

“It will be more important than ever for future citizens to understand the historical forces that produced democracy, how fragile it is and what it takes to sustain it.”

Mr Tucker said the world of AI could develop into a utopia or a dystopia.

“The dystopian world is starting to happen but need not, if we do the right thing,” he said.

It meant education had never been more important, he said.

“It could make the difference between a world in which humans become pets to amoral and ­extremely powerful machines, and a world in which the same ­machines enable humans to ­create a world we could otherwise have only dreamt of.”