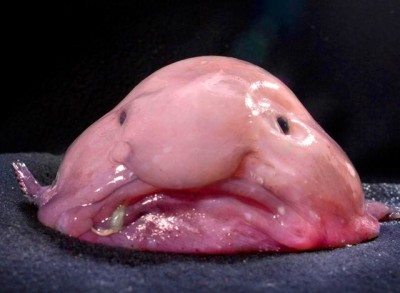 The world’s most misunderstood fish reposes in pickled splendor on a shelf of the basement archives at the Australian Museum’s Ichthyology Collection, in Sydney. The smeary flesh of Mr. Blobby—as the photogenic blobfish is affectionately known—is no longer Bubblicious-pink. The famous downturned grin is gone, the tiny currant eyes have receded in deep alcoves, and the nose—which once evoked Ziggy of comic strip fame—is shaped less like a turnip than a fallen soufflé.

Dredged up off the coast of New Zealand during a 2003 research voyage, the specimen has spent the last decade suspended in a 70 percent ethyl-alcohol solution. “The fixation process tightened Mr. Blobby’s skin and collapsed his—or her—snout,” laments Mark McGrouther, the museum’s fish manager. “He—or she—now looks like an 85-year-old Mr. Blobby.” Indeed, these days the Blobster suggests nothing so much as a freshly Botoxed baked potato. Has there ever been crueler proof that alcohol changes the way you look?

Of the hundreds of deep-sea critters hauled in on the New Zealand expedition, the Psychrolutes microporos was the breakout star. A photograph snapped aboard ship lit up on social media and transformed this squidgy bottom feeder into an aquatic Grumpy Cat, with devoted followers on Facebook, Instagram, Twitter and Tumblr.

Patrick Honan, How cute is that? Museum Victoria Blog, 19 October 2015 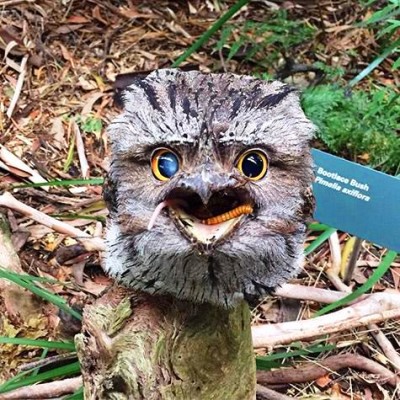 Melbourne Museum recently participated in the global #Cuteoff on Twitter, where researchers from around the world posted photos of their supposedly ‘cute’ study animals. Given that many of these posts featured snails, turtles, spiders, squid and sea sponges, it begs the question whether cuteness is in the eye of the beholder.

Konrad Lorenz, the pioneering ethologist, first dissected cuteness in the 1940s with the concept of Kindchenschema (‘baby schema’), identifying that juvenile, or paedomorphic, traits are the key. From an evolutionary point of view, paedomorphic traits are a significant advantage to very young individuals, as they push the buttons of adult humans, encouraging their nurturing side. Cuteness in humans can be further broken down as the sum of certain traits (tiny chin and nose, chubby cheeks, large eyes and rosy complexion), where each element is a cumulative index of cuteness. When these features are enhanced in photos of adult subjects in scientific experiments, observers see the subjects as progressively cuter and report increasingly pleasurable and caring emotions.

The propensity to nurture cuteness is also applied by humans to other animal species with the same traits. Animals that have a flat face, short nose, large ears and large, expressive, wide-set forward-facing eyes are too irresistible to refuse. And the more exaggerated these features, the more appealing they are, as demonstrated by the Hello Kitty phenomenon and kawaii culture in Japan. A number of theories suggest many breeds of cats and dogs have been selectively bred to emphasise these characters, and this appears to be easier than you might think.