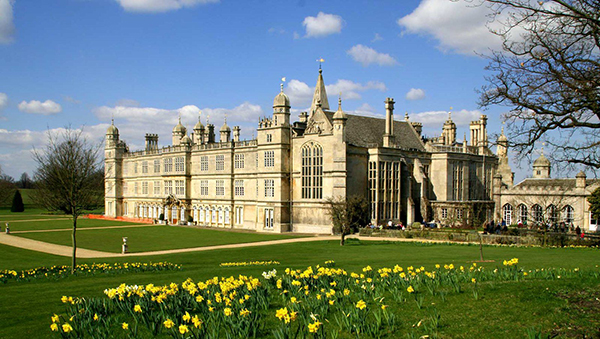 Burghley House near Stamford is one of the properties mentioned in the Historic England report Roger Ward, Flickr.

Open letter says ministers have no right to deny funding to projects they deem ‘political’.

In a letter to the Sunday Times this week, signatories including the presidents of the Royal Historical Society, the Historical Association and the Economic History Society wrote that they were “deeply” worried by reports that the UK Government is seeking to deny funding for academic Corinne Fowler and her Colonial Countryside project, which explores links to empire and slavery at National Trust properties.

The letter called on culture secretary Oliver Dowden to “confirm or deny” these claims. The signatories said they were further concerned that the culture minister had been quoted as “seeking to deny public funding to any project deemed to be ‘political’”.

Ministers have “no right to determine” which projects are supported by publicly funded institutions, they said. The letter continued: “Britain has a tradition of arm’s-length funding of education, culture and heritage, which insulates these spheres from excessive interference by government.

“Such interference stifles the capacity of historians to do their work and exerts a wider chilling effect. It may deter – it may be intended to deter – historians from difficult or sensitive research. It runs counter to recent statements by the government in defence of academic freedom.

“If anyone is being too ‘political’ here, it is politicians who violate the arm’s-length principle by seeking to dictate what research our heritage bodies can and cannot support.”

The letter comes amid an ongoing debate about the representation of contested heritage in the public realm. The Department for Digital, Culture, Media and Sport (DCMS) is working with heritage bodies to formulate national guidelines for its “retain and explain” policy on heritage – but organisations including the Museums Association have warned that this amounts to government overreach and puts the arm’s-length principle in jeopardy.

In response to the concerns raised in the Sunday Times letter, a DCMS spokeswoman told Museums Journal that the National Trust is a registered charity that operates independently of government. She said: “The government believes in using our heritage to educate people about all aspects of Britain’s complex past.

“However, as the temporary custodians of our heritage, public bodies have a duty to do this in a way which is impartial and not motivated by activism or politics. We are working closely with the heritage sector on how to put our ‘retain and explain’ policy into practice.”

Government figures have continued to criticise projects focused on difficult aspects of Britain’s history. Last week, Tory MP John Hayes called for a Historic England report highlighting the impact of slavery on England’s built environment to be “shredded”, telling the BBC that the £15,000 project was a “waste of taxpayers’ money”.

He added: “Of course slavery was awful and of course it was right we abolished it, but I am not sure we need to go through this kind of comprehensive report linking tangentially all kinds of places and buildings to that effort.”

Historic England said the report was part of its “retain and explain” approach to heritage. In a statement, it said: “In the cases where sites encompass parts of our history that do not represent today’s moral standards, our approach is not to remove or ignore them but to provide thoughtful information and powerful reinterpretation. This is summed up in our approach to ‘retain and explain’ our heritage. We can do that in a more meaningful way when our knowledge is backed up by rigorous, academic research.”