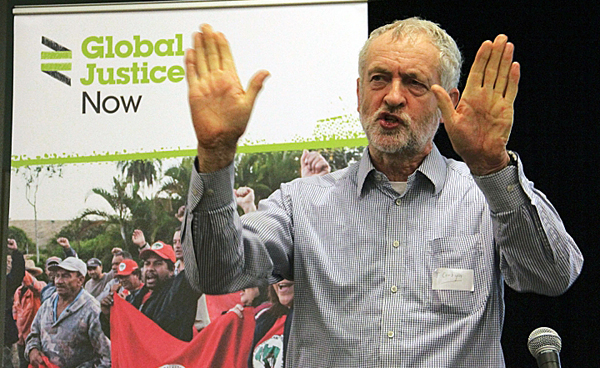 If returned, the sculptures could be reunited after two centuries and settle a longstanding legal feud between Greece and the UK.

In a surprise announcement, UK Labor leader Jeremy Corbyn told Greek newspaper Ta Nea that he would return the Parthenon sculpture, also known as the Elgin Marbles, to Greece if elected.

“They were made in Greece, and that is where they were for thousands of years until they were taken by Lord Elgin. We should be engaged in constructive talks with the Greek government about returning the sculptures,” he told the newspaper according to an English translation of the report by the Greek Reporter.

While the opinion may be controversial in some circles, recent polls suggest that the British public are open to the idea. In a 2014 poll, YouGov found 37% wanted the classical Greek sculptures returned to Athens, while only 23% think they should stay in Britain, and 32% had no opinion either way.

The British Museum has long been sensitive about the topic since their purchase of the sculpture from Lord Elgin almost 200 years ago. The institution’s extensive FAQs section on the Parthenon sculptures indicate that fragments of the sculptural ensemble also exist in Copenhagen, Paris, Munich, Vienna, the Vatican, and elsewhere. It also outlines the legal status of the works:

Lord Elgin applied to the Ottoman government, the legal authority in Athens at the time, for a firman (licence and letter of instruction) to permit his activities on the Acropolis. This was granted in 1801, and was followed by the issue of a second firman in 1810, allowing the shipping of the remainder of his collection to England. … In 1816 a Select Committee of the House of Commons found that the collection had been legitimately acquired by Elgin as a private individual. After a debate in the House of Commons, funds were agreed and the collection was acquired for the British Museum, where it is held under the terms of the British Museum Act 1963.

The museum also notes that the first discussion of the return of the marbles in the House of Commons occurred in 1816, when then Member of Parliament Hugh Hammersley suggested they be returned to Greece. In 1833, the first calls by individual Greeks for their return began.

In his 1998 book Lord Elgin and the Marbles: The Controversial History of the Parthenon Sculptures, William St. Clair investigated Lord Elgin’s financial records and discovered that he had bribed Ottoman officials in order to export the works. According to an Economist report in 2000:

These show that bribery amounted to a quarter of the costs of removing the antiquities. During the first 18 months, Lord Elgin paid the military governor of the Acropolis a sum amounting to 35 times his official annual salary in return for being allowed to stretch the terms of the firman.

The article adds that because of the legal issues around the acquisition by the British government from Lord Elgin, “only an act of Parliament can reverse the government’s acquisition.”