April 23rd, 2020 | Browse other: News, What's on. | Tagged with: Bored Curators Worldwide Share the Creepiest Objects in Their Collections | 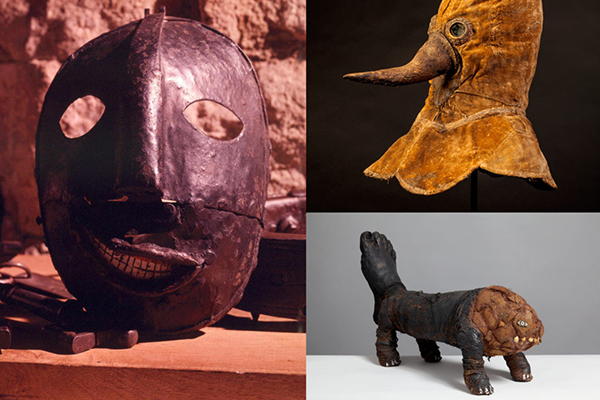 Why would anyone own these things?

What’s a museum social media manager to do with no exhibitions on the horizon? The Yorkshire Museum recently put out a call on Twitter asking for museum experts to submit pictures of the creepiest objects in their collections. And things got weird—fast.

To kick things off, the UK museum posted a picture of a hair bun that belonged to a Roman woman in the 3rd or 4th centuries. It still has a pair of pins sticking out of it.

A fine effort, as far as ancient head buns go, but really it was grosser than it was unsettling. Then the ante was upped. 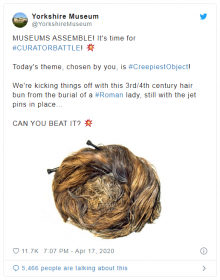 Museum professionals around the world responded with a series of esoterica that would make the creative director for a B-level horror movie jealous: a petrified sheep’s heart punctuated by nails, a blood-soaked doll with a missing eye, a severed leg turned into a deformed creature in desperate need of an orthodontist.

That was just the beginning. There’s a smiling executioner’s mask; a decapitated cat plucking a harp; and a mermaid diorama that will haunt you at a level so profound that you’ll rue the day you clicked on that dumb Artnet article.

The friendly competition was part of the Yorkshire Museum’s weekly #CURATORBATTLE series, which aims to connect institutions during lockdown. Previous installments included calls for the dullest, prettiest, and deadliest objects, as well as an Easter-themed search for the “best egg.”

The weeklong competition is just three days old, but already there’s enough material for several weeks’ worth nightmares. Here are some of the best (or worst, depending on your point of view) submissions. 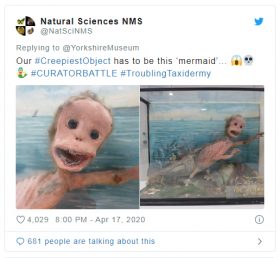 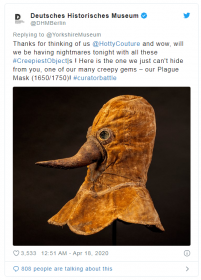 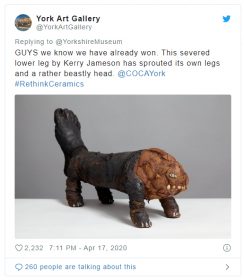 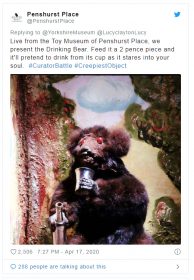 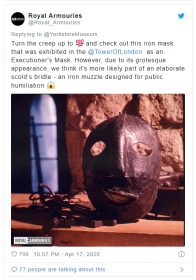