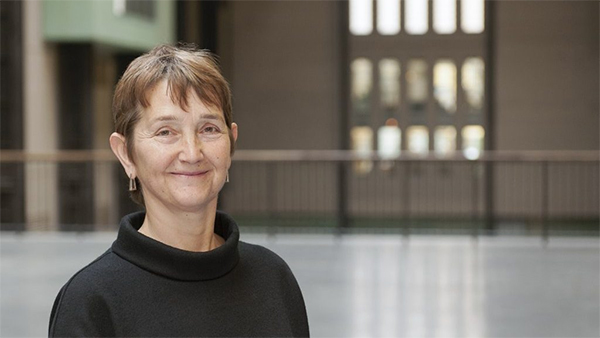 The UK Government’s commissioner for cultural recovery during the pandemic, Neil Mendoza, is among the museum, gallery and heritage professionals who have been recognised in the New Year Honours list.

Mendoza, who also led the 2017 government review of museum provision in England, has been made a CBE (Commander of the Order of the British Empire).

Morris is stepping down at the end of April after seven years in the role. Tate director Maria Balshaw said she had “radically transformed the way the story of modern art is presented and led the expansion of Tate’s collection into new areas, significantly extending its international reach”.

Chris Stringer, a research leader at the Natural History Museum and a fellow of the Royal Society, received a CBE for his work towards understanding human origins and evolution.

Stringer said: “I’m delighted to be awarded the CBE and accept this as an honour not just for me but for all the people I’ve worked with on human evolution studies over the last 50 years or so, both within and outside the Natural History Museum.”

Further recognition went to Natural History Museum botanist Sandra Knapp and palaeontologist Richard Fortey, both of whom received OBEs (Officer of the Order of the British Empire).

Knapp’s botanical research ranges from tropical forest diversity and threatened species to understanding the history of botanical science and collections. She said: “It is lovely to have botany, the study of plants, recognised in this way. My huge thanks to all who have supported me and worked throughout the years – this is for all of us.”

Sarah Munro, the director of the Baltic Centre for Contemporary Art in Newcastle-Gateshead, was made an MBE (Member of the Order of the British Empire) for services to art. 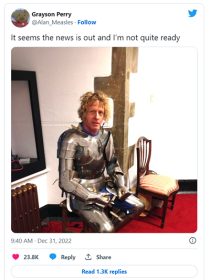 Pamela Robertson, former senior curator at the Hunterian Art Gallery, University of Glasgow, received an MBE for services to architecture.

A number of leading British artists were knighted in this year’s honours, including the artist and filmmaker John Akomfrah.

Akomfrah is a previous winner of the art prize, Artes Mundi, and has exhibited his work at museums worldwide. His film Mimesis: African Soldier, which addresses the stories of the unsung soldiers who volunteered to fight the first World War for colonial forces, debuted at the Imperial war Museum in London in 2018.

Artist, writer and broadcaster Grayson Perry also received a knighthood. A trustee of the British Museum and chancellor of the University of the Arts, London, Perry’s contribution to art has been significant.

During the Covid-19 pandemic, he encouraged people to show their lockdown artworks through his production, Grayson’s Art Club.

Commanders of the Order of the British Empire

Officers of the Order of the British Empire

Members of the Order of the British Empire

Medallists of the Order of the British Empire